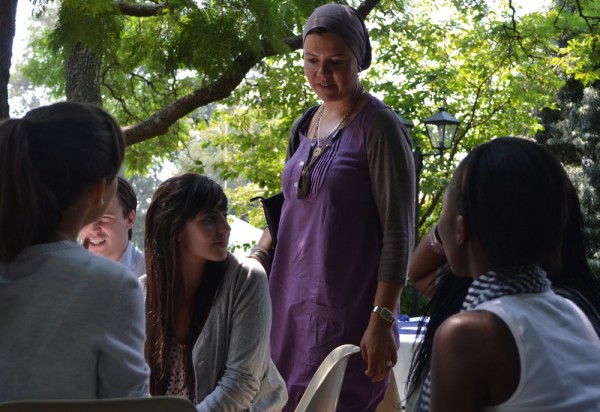 better understanding of their own career path.

Golden Key is an internationally recognised, non-profit organisation affiliated with over 370 universities throughout Canada, Australia, New Zealand, Malaysia, India, the United States and South Africa. It is the world’s largest honour society and is a mission-focused, values-based and demographics-driven organisation.

Director of Golden Key South Africa, Charlene Gunter, addressed the students on the importance of Golden Key membership and encouraged them to continue working hard.

Gunter explained that membership was only by invitation and that it was based on academic merit. “Membership is limited to the top 15% of degree students from all courses of study who have completed one year of study at a university.”

Chapter vice president Puso Thahane said: “We as students tend to think that corporates need students, but there is a balance, both parties need each other.”

McKinsey and Company consultant Benay Sager shared his experience of being part of the company’s team, which enabled him to travel the world, while still a student.

Derick Mohlala, president of Golden Key Wits Chapter, said: “We met our objective of networking. It was an opportunity for students to find out first hand [the] information [about] their career path from corporates.”

Six Wits alumni who graduated two years ago also attended the event which was unusual as many students forget about the association once they get jobs.

“We [are] trying to expose members and non-members to opportunities that are not easily accessible – irrespective of the degree a student holds,” said Mohlala.