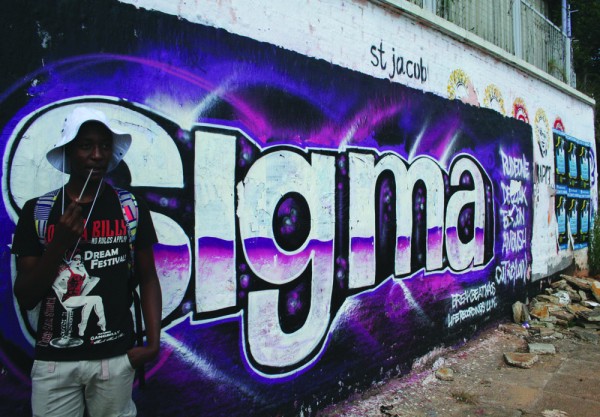 GRAFFITI on the walls of bathrooms has become a common sight on campus. The back of the toilet door held the position of the local chat room way before Twitter and BBM came on the scene.

Writing on walls around campus includes messages ranging from the philosophical “Fire Escapism” to the political “Gaza Boycott” to the religious “There are no atheists in fox holes”.

In terms of graphics, Wits is no stranger to such  art, having several popular hotspots as outlets for the  self-expression.

Alex Jones, who is doing her masters in digital arts, commented on the ‘art/vandalism’ debate: “I think graffiti cannot help but be recognised as a form of art, but that doesn’t necessarily mean that it isn’t vandalism.

“I’m not talking about the tipexed ‘I heart peter’ on the bathroom walls, I think that isn’t really art, just purely narcissistic vandalism, [but ultimately] I think it can be both.”