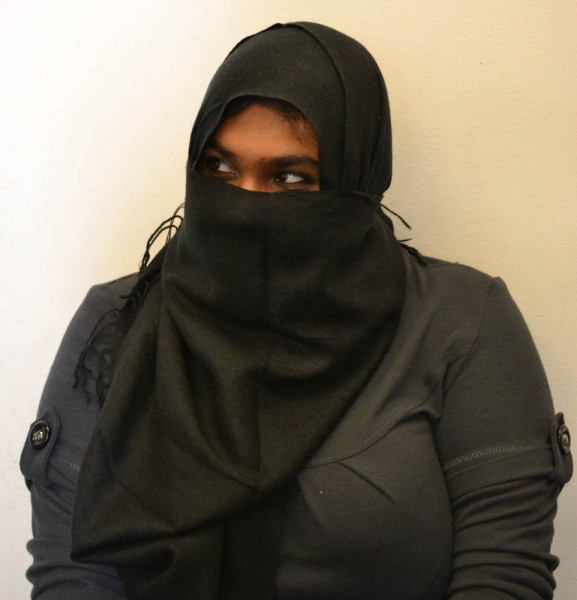 Muslim women in France are banned from wearing a full-face veil in public from this week.

On Monday, April 11, a new law passed by the French government came into effect, banning Muslim women from wearing a niqab in public. A niqab is a full-face Muslim veil, while a scarf that covers a woman’s hair is called a hijab.

The Muslim Student Association’s (MSA) Zaakim Mayed, who is in charge of the prayer room (musallah), says Muslims believe in the concept of “ummah” – we are all family and we must protect one another, wherever we are.

They are planning a campaign against Islamic phobia on campus – to issue a statement, put up posters and raise awareness.

Mayed says the French state is infringing on human rights by intervening in the dress code of a minority of 2000 people who wear a niqab and choosing what they must wear.

A few Wits Muslim students say Muslims in France must fight against the law, suggesting “a passive protest, such as deciding to wear a scarf on a specific day”.

Physics PhD student, Badr Mohammed, says, “Follow the country’s rules and do not challenge that, if there’s only wine to drink, you drink it.”

Offenders will be fined €150 (about R1 400) if they are found to be in contradiction of the new law that any woman who steps out of the house wearing a veil will be fined.

The South African Constitution states that everyone has the right to freedom of religious conscience, religion, thought, belief and opinion.

Naaf-rah Mohammed, a 2nd year BSc student, says the French law infringes on people’s religious rights.  “Wearing a niqab, it’s not compulsory but a choice made. It’s rewarding as it increases your stage in heaven.”

“It’s God’s rules, [he] tells you to cover your beauty as it elevates a woman’s status and protects their chastity and modesty.”

Zardad decided by herself to wear a niqab in Grade 10. She said she started understanding the values associated with it, “It spoke to me, and I saw beauty in covering myself.”

Muslim students say it’s not easy to wear a burka (full covering) because there is a social stigma attached to it and people are sometimes afraid of you.