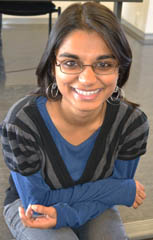 There are about six billion people in the world. We’re very social beings so we’re likely to befriend some of them.  Although when you look at some people’s Facebook contacts, it seems as though they’re trying to make friends with everyone in the galaxy- but that’s a Slice of Life for another day. My point is this, we like making connections.

So the question is: How does one determine who to make those connections with? I don’t mean to sound like an old lady, but over the years I’ve come to realise that life gets more complicated as you go on and I’d like to think I can share those complications with people I know who wouldn’t mind sharing them with me. I’d want to know the friend I’ve chosen is going to get me out of trouble (even when it finds me more often than the average person), and isn’t going to leave when I need them most. I think these are reasonable terms for friendship, but when we’re at varsity it’s easy to overrate these connections.

I’m not saying all the friendships you’ve built are going to fall apart, but I do believe there’s a limit to some friendships – and it’s not necessarily a bad thing. You know it’s time to find that exit when the person you met in a tut asks for notes the day before the exam or that guy you thought was sweet in class starts stalking you on campus. These are obvious examples – in reality it’s harder to know when to walk away from people you thought were friends.

It’s not that hard to make friends, especially with social utilities. But, does exchanging two sentences on Mxit (do people still use that?) or hanging out because you’re doing the same courses really constitute friendship? Do those friendships end when one decides to use Whatsapp or change from a BA to a BSc? I  think they do. I don’t think everyone’s motives are selfish, but people can be superficial when choosing friends.

I’m not complaining – like some lonely girl who doesn’t get a dozen friend requests. I have a great set of friends who care about me, and I know for certain that it’s for all the right reasons. It took me a while to get them, but I can now say for certain that when I tell my friends about that stalker guy, they’re definitely going to take care of him.