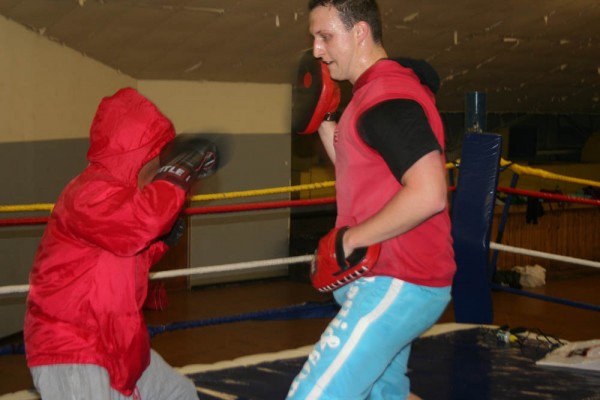 Senior boxers at the Wits Boxing Club have kept their guards up and jabs going to keep spirits high among beginner members since their new coach resigned after just six weeks.

Eric Manganyi, who was hired in February, resigned as the club’s coach because of a “money matter”.  He said although he missed the students and had formed a good bond with them in a short time, the salary he was being paid only covered his travelling expenses.

Despite being without a coach since October last year, Wits boxers have managed to achieve success. One boxer, Khayelihle Maseko,  was recently selected as part of the USSA RSA team and another, (Sipho Mhlambi), winning the Wits Sportsman of the Year award last year.

Maseko is happy with the achievement. “The senior boxers took over running the training sessions to teach the beginners and help each other to keep the club going,” he said.

The club has approached Bakhangele Masabalala, a former Wits boxing champion, to help the seniors out said Bakholise Mabuyane, the club’s chairperson. Doctor Tando Melapi – a Wits alumnus who began the club in 1997 – will also be helping the seniors prepare for the May 28 Johannesburg Amateur Boxing Organisation tournament.

“When our coach left last year it was hard for us because he had been training us for a long time but luckily we had Nxumalo, one of our most experienced boxers, and he took over just for the 2010 USSA championships,” Mabuyane said.

Scott Yarham, who has been with the club since 2008, said although the seniors are falling behind with their skill training, they will focus on helping the beginners until they get a trainer.

Although not sure what Wits sports administration is doing about the matter, they are not waiting for somebody to do something and have split running training sessions among themselves.

Dennis Tshabalala, the club’s administrator, said they were in the process of confirming a contract with a new coach.

The Wits Boxing Club trains Mondays to Thursdays from 5pm to 6.15pm in Hall 29 on West Campus.