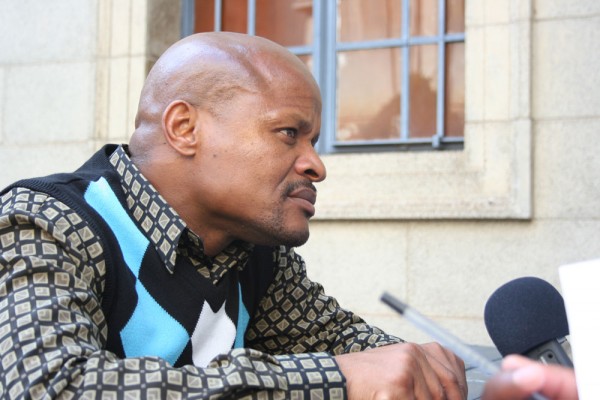 FUSI Mofokeng walked out of prison a few weeks ago into a new South Africa. After spending 19years in jail, for a crime he didn’t commit, he had many things to say as I sat down to talk with him  onMonday.

One would think that Mofokeng, who lost almost two decades of his life, would be bitter.  However, the face of this man only expressed peace and thoughtfulness.

Mofokeng spoke about his personal life and how his girlfriend Malita waited for him. Malita also voiced her own thoughts on his trial and what kept her going through the difficult time that they were apart.

“He always told me he was innocent. There was that hope. There were two things in my heart [at his release]; I was angry but I was more than happy when he came out.”

Prison conditions were one issue that Mofokeng confronted. “The biggest problem is gangsterism. You are not free [in prison], any bad thing can happen… It’s a terrible place to be at.”

By the time he was released he had moved through eight prisons in three different provinces. Mofokeng said he is a religious man and always believed in God and believed that one day he would be free because of his innocence. In all his experiences he had this piece of advice to give others in any similar situation – “Just keep the hope in you alive. Hope is the best remedy to survive.”

When asked about changes he has seen in the country he said: “The country has developed so much, new buildings and townships. It’s so big.”

He also commented on what he has been up to since his release. “[I have been] visiting places, friends and relatives… trying to re-establish communication I had within my old relationships.”

He is currently out on parole, a big step which the Wits Justice Project helped achieve for him and friend, Tshokolo Mokoena, who were accused of a murder in Bethlehem. The crime happened in a location which these two men were nowhere near at the time. Mofokeng plans to travel to different schools to tell the youth of the country about his story.