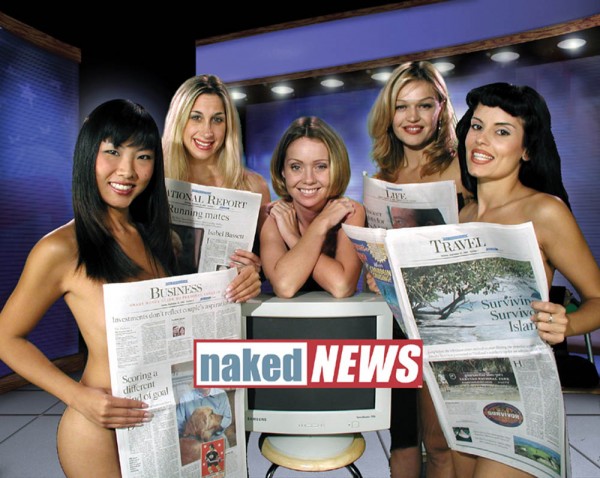 Quentin Ndlovu, assistant producer for Naked News SA, says there are a lot of people showing interest in presenting. He says although auditions were open to females of all races, they would be wary of accepting people desperate for money.

Presenting Naked News entails striping down to your birthday suit while reading the news, or in other instances, conducting interviews fully naked.

Views about the show and the possibility of a South African version being introduced are supported by male students Alex Lovic, 3rd year bio medicine and Barry Msibi, 2nd civil engineering.

Lovic says: “It’s a free country, just get naked, no one cares. I’m European so it’s normal [to me]. This country is too conservative.”

Msibi says: “It would be hot. If [the presenters are] naked South Africans like Khanyi Mbau, Nonhle Thema and Bonang I would definitely watch it.”

Thembi Dzonzi, 2nd year BA, says: “You wonder who okays these shows. Can you imagine [them] telling you Osama is dead while they’re naked? I wouldn’t take it seriously.”

Ashleigh Kater, 2nd year BSc, says: “It takes away the seriousness of the news and it appeals to guys more than girls,” adding that it would “attract women that are desperate for money”.

The going rate for presenting is R2 000 a shoot.

Although its creators insist that Naked News is not associated with pornography as no under 18s are allowed to access the site, the show is aired on Friday evenings after the 10pm movie. This slot was previously occupied by soft-porn movies.