The Workers Solidarity Committee are demanding the release of a report regarding an investigation into allegations of racism against a high-ranking Property and Infrastructure Management Division (PIMD) official. 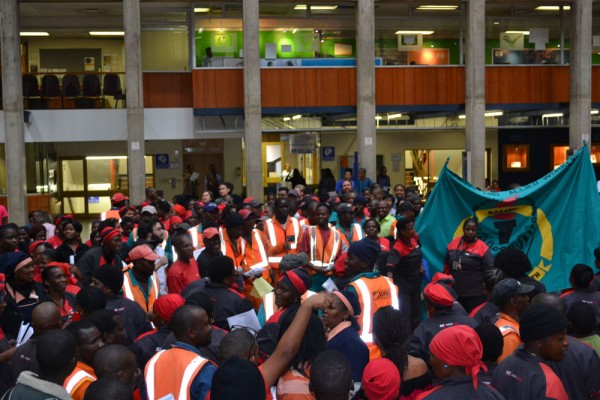 PIMD director, Ian Armitage, was accused of calling some of the workers “k*****s” and “baboons” last November, and the demonstration, organised by the Workers Solidarity Committee,  during lunch at the Senate House concourse last Friday was to demand that the findings be made public.

“At Wits, those who are racist must know that the community [workers, staff and students] say “No”,” said student and committee member Mbuyiseni Ndlozi, addressing the crowd.

“We don’t want another UFS [University of the Free State],” he said, referring to the controversial scandal that brought racism at South African universities to national attention in 2008. 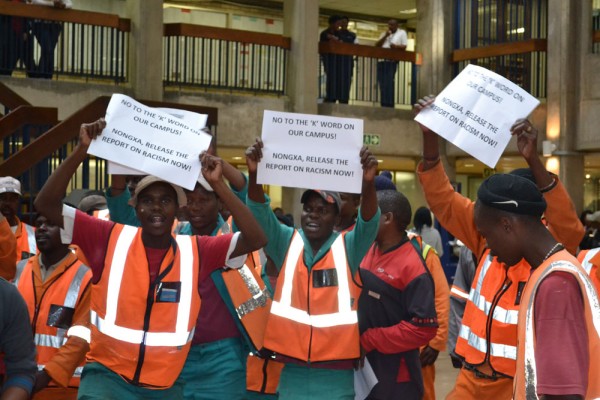 Up in arms: Some of the workers at the protest. Photo: Anelisa Ngewu

Complaints about Armitage’s behaviour had surfaced from a number of contract workers.

Matthews Bodiba, a gardener, alleged that Armitage accosted him as he emerged from a Senate House toilet and told him not to use the toilets as they were not meant for cleaners, especially not for “k******” like him.

Thabo Tshabalala and Lucky Rammalo, two movers, claim that Armitage called them “baboons” last year when they got into a dispute about university rules governing passengers in its vans.  He allegedly told them that he did not have time to talk to “baboons” and would fire them “with immediate effect”.

Investigations into these incidents began last year, but the results have not been released, despite several protests by workers. 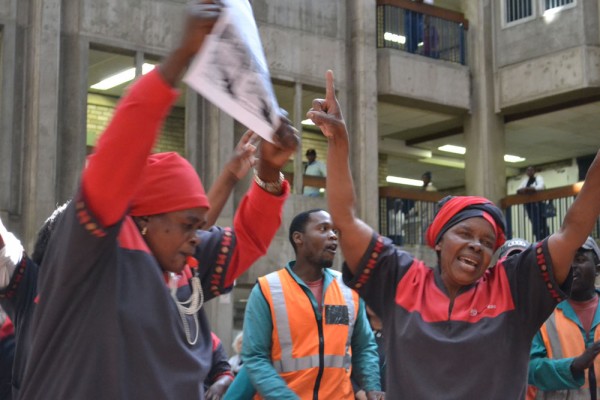 Against racism: Supercare workers belting out a tune of protest. Photo: Anelisa Ngewu

Nhlakanipho Gumede, a maintanance plumber and Workers Solidarity Committee member alleged that Deputy Vice chancellor:Finance,Patrick Fitzgerald  said  the workers are not part of Wits and were  not entitled to a report.

University management has been given until this Friday to respond to the workers’ demands, which include a call to hold those who are perpetrators of racism accountable. Should they fail to do so, workers will picket again. 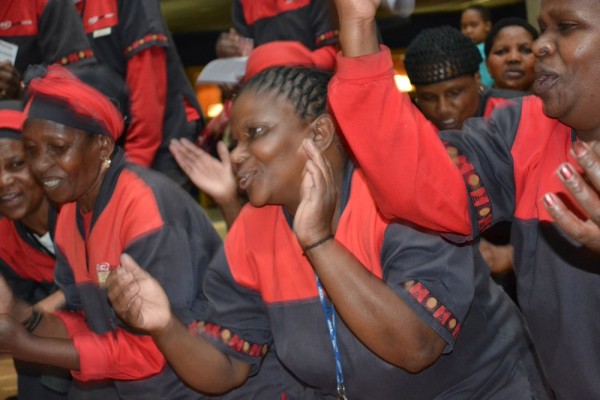 Getting down: Supercare ladies singing and dancing in unison. Photo: Anelisa Ngewu

“It is the only language they seem to understand,” said Gumede.

Armitage and Fitzgerald had not responded by the time Vuvuzela went to print.