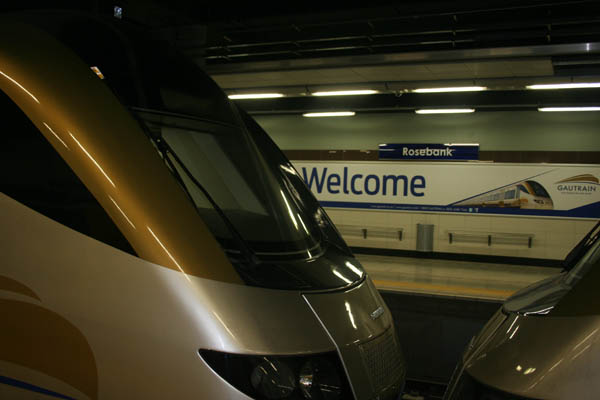 Commuters took their first train trip between Johannesburg and Pretoria on Tuesday, August 2, 2011.

The long awaited Gautrain took its first commercial trips on the Johannesburg, Rosebank and Pretoria, Hatfield link on Tuesday.

Young and old came to experience-some for the first time- the underground tube that was expected to have begun operations in June.

According to Eyewitness news the delay was due to water seepage problems in the tunnels.

Passengers awaiting their ride on the Gautrain complained about the stringent conduct rules that have been put in place, in and around the stations as well as in the train itself.

According to a commuter steward at Rosebank station, Thando Shange, “People coming to ride the Gautrain are not allowed to chew, eat, drink or smoke in the station and on the train. If someone does not adhere to this rule, they could be fined up to R700.”

At R19 a trip to the Sandton Station from Rosebank station, students may find it well within budget constraints to take a trip in the tubes. The train has a total of six stops en route to Pretoria from Rosebank.

A Johannesburg student who decided to share the ‘Gautrain experience’ with friends said, “The Gautrain is fantastic and I think many students will use it. Our country is moving forward so quickly.”

Check out the Vuvuzela Video bringing you a peak of the Gautrain at the Rosebank and Sandton stations.