What struck me the most after reading the book was that Winnie, the late Albertina Sisulu, Fatima Meer, Helen Joseph and many other women rarely get mentioned when struggle icons are brought up, but naturally Mandela, Sisulu, Mbeki are the heroes of the struggle.

With August being Women`s Month, we hear about the women who led the march against pass laws on August 9 1956 but after this month it will be silence again regarding these phenomenal women.

My point is: the ANC remained relevant during the apartheid years because of the sacrifices and selfless efforts of Winnie Mandela and other women whose husbands were incarcerated. Not only did they join hands to keep the ANC alive but they helped each other take care of their children and homes amidst the ruthless police force presence in their lives.

Winnie Mandela was tortured numerous times by the police, physically and emotionally, but she remained resilient throughout those harrowing years, all in the name of emancipating her people and keeping her husband`s name alive.

But it remains Nelson Mandela who maintains a God-like existence throughout the world. Of course he played a crucial role in fighting our freedom but it was Winnie who spent 18 months  in solitary confinement – Mandela only spent three days.

Without Winnie`s undying loyalty, Nelson Mandela would have struggled to keep the revolutionary cause alive from behind bars.

I watched with dismay last week Thursday at the ANC Wits Women`s League prelaunch outside the Great Hall where  a few of the ladies gathered  but  male comrades from the ANC YL ,Sasco and the PYA were nowhere to be seen, except for one skinny-jean-wearing fellow who came to speak on behalf of Sasco.

Letta Mbulu`s song   ‘Not Yet Uhuru’,  uhuru meaning freedom in Swahili, remains true, but now the uhuru is needed for our women.

The first step would be to actually support each other, because it`s been clear for decades now that men are not going to do that. 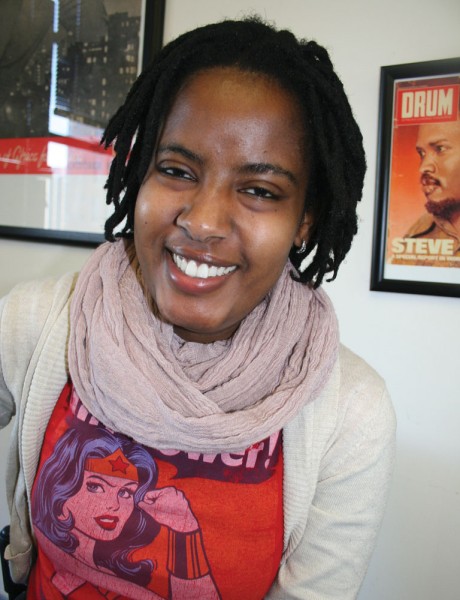