Bottoms up for Kudu beer

American singer Trey Songz won’t be the only one singing Say aaahhhh this weekend. Four chemical engineering students will put judges to a lip-smacking test when they participate in the annual intervarsity brewing competition hosted by Wits this weekend. The event takes place at the South African Brewery Training institute in Johannesburg.

The brewed beers will be judged by a panel of experienced and accredited Craft Beer tasters and judges from brewing clubs in Gauteng, according to international testing standards. Factors such as the conditioning and clarity of the beer will count and extracts of yeast should not be visible. The labels of the different beers will also be judged.

Nine universities will go up against defending champions University of Pretoria. Teams will be judged in three different categories: lager, ale and speciality beer. The speciality beer gives teams an opportunity to deviate from the normal beer making formula.

Evanie Deenanath, one of the Witsie competitors, says that their speciality beer is made from lager yeast and a mixture of various malts, mostly pale malt. The beer has a low sugar content and contains 3% alcohol. Their larger has a much higher sugar content and an alcohol content of 6%.

Their brewing process was done in their micro-brewery in the Richard Ward building. The plant uses basic technology and a new control system used to monitor temperature and control parameters. Before the addition of their Siemens control system, things were more manual.

The Vuvuzela team got to taste the lager and speciality beer. Kudu light (the speciality beer) is sweet and light; whereas the lager – Kudu Lager is bitter, strong and has great body. There is a great balance of hops and yeast in the lager. Hops are herbs used to impart a bitter and tangy flavour to beer.

Last year, the Wits team came second in all beer categories. This year they are hoping to take the trophy and bragging rights. 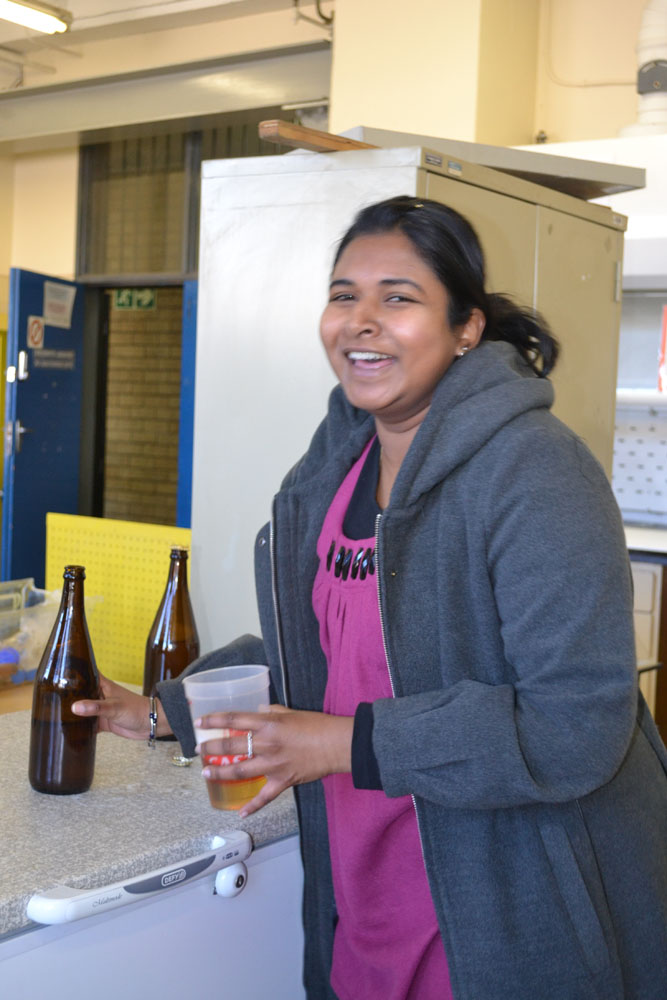 HOME BASE:The Wits micro-brewery where students brewed their beers for the intervarsity competition this week.