Get to know your new SRC president 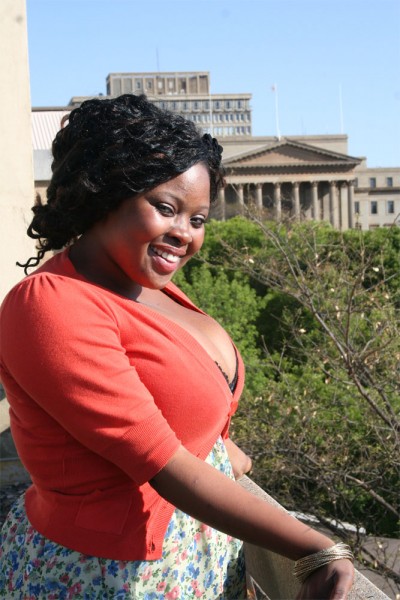 She’s the youngest of six and the only girl from a family with a strong history of
activism in the Eastern Cape. On  November 1, she’ll step into arguably the most
powerful student position at Wits University, the Student Representative Council
(SRC) presidency.

Feziwe Nwayana is a political studies student and avid member of the Progressive Youth
Alliance (PYA). Vuvuzela  brings you
exclusive insight on the new leadership in your 2011/2012 SRC.

Q: What made you choose to study at Wits University
specifically?*

A: Well I had quite a few options, one being staying in Grahamstown and going to Rhodes
University because I went to high school there at Victoria Girls High School. I
also had the option to attend the Nelson Mandela Metropolitan University, but
it just felt too boring for me because I know the Eastern Cape too well. I
wanted something new and thought Johannesburg would be daring. I also felt Wits
was better academically and in every way, specifically because I wanted to do a
politics degree. It was a struggle coz my parents didn’t want me to come here
saying “There are drugs in Joburg”. I told them actually there are drugs
everywhere. They were just worried about me because I am the youngest at home
and now the only girl.

Q: What do your parents think of your rigorous political career?

A: Honestly, my father loves it, because he is an activist as well. I remember as
a little girl in grade 3, while attending St. Andrews prep, mom says we were
from a camp and I was angry because all the white girls said they hate the ANC.
(chuckles) Obviously at that age I didn’t understand the political dynamics of
the time. I’ve always loved politics since an early age. My family is very
politically active but they want me to balance my life out. I think my dad sees
in me the boy he never had because my brothers aren’t as active.

Q: If taken back in time, which political activist from  South African history can u assimilate
yourself to? And why?*

A: I think, uMama Winnie Madikizela-Mandela. I love her and think she was a strong woman.
She was the type of woman who was strong politically but also a mother figure
in the community, especially during Mandela’s incarceration I come across as a
strong personality and they can talk to me about most things. *(I think you
should leave out the self indulgent in the answer)

Q: Were there times when you felt it wasn’t worth it anymore during your political
climb? *

A: At first when I got charged I was in first year and we got court interdicts and I
thought, “What is this, what’s going on?” I called my father and said, “Tata I
got a court interdict. Oh! They’re throwing me out of Wits, what am I gonna
do?” My father laughed and said, Oh! You’re a real comrade now. You’re doing
well. So I was like, “oh really” and he said, “Ya, ya, ya, you’re doing well.”

I was really scared because I want to get my degree but it’s been a learning curve.
The Fezi that I am this year isn’t the same as who I was last year. There are
trying times, especially for females, who are political activists. They have it
hard at times because we are really judged harshly. Most of the time when they
looked at our leadership styles, we aren’t compared the same way with males;
different criteria is used, petty things like, she’s too emotional or she
sleeps with too many men. They never judge men on those types of things, so
it’s tough for females. I’ve always been myself but at times one has to hold it
together. I couldn’t be around much last year and it was a bad year for me due
to ill health. When you aren’t around you lose relevance because politics
changes every day, so I had to find my feet again. It’s been tough, it’s never
easy. We see it as deployment, so it should humble one that people believe in
you leading them. A person should grow from that, be strong-willed and learn
from it. I was walking into Wits this afternoon and looked around in shock at
the students I will lead soo, but I’m up for it!

Q: What kind of leadership style will you have?*

A: I don’t like acting like a dictator. I value collective leadership and will work very
closely with the vice presidents so that we make the SRC work. I will make sure
we lead the SRC with grace, passion, dignity and respect because once we lose
all of that, sometimes it will lead to in-fighting. The incoming SRC is
enthusiastic and I love that about them. They have visions for each of their
portfolios. As a leader I have to make sure that standard is upheld throughout
our term. I don’t foresee an SRC with divisions, obviously we’ll have
disagreements and that’s good coz if we agree on everything it means we don’t
think. We need an SRC that thinks out of the box. Everyone in the incoming SRC
is very passionate.

Q: What are the tools you will use to reach all the students and make the SRC office appeal
more to the students?

A: Wits is a big university and we have a huge community. I think mass meetings and using
the campus media to reach out to students will be effective. I think the main
problem is that students haven’t heard the voice of the SRC and newsletter and
statements from the SRC to the students are necessary. Majority of the
population does not live at res and mass meetings will help us report back to
students and in addressing issues on campus.

Q: What are your political ambitions after the term?

Q: What will be your cornerstone pillar of strength during your term?

A: I think most people make the mistake of thinking they know everything once they are put
in positions of power. That’s not true. I think the weapon I have is the
support of the PYA. The SRC is a political structure and I know other
organisations say they want to turn it into an apolitical structure and that’s
impossible. I know when things get tough I can go to the leadership of the PYA
and get proper guidance. I also have very good friends, people I met when I got
acquainted with the PYA, they are the ones that keep me grounded. My family is
also a great support structure.

Q: What do you think your appointment to the presidency represents for women at Wits?*

A: I’ll focus my answer on the PYA, because that’s what I can relate to. The
interesting thng is that the last time there we as the PYA elected female president
was Mbali Hlophe in 2007. It has taken four years for the PYA to identify
another female who is capable to be president. This speaks to the Wits
community in general. It speaks to the fact that there are a lot of females who
are leaders and have that capacity in them. The oppressive nature of patriarchy
has made them feel like they can’t readily lead unlike men who are taught from
a young age to lead. Women are always taught to play the supportive role and
have to teach themselves to be leaders in the process of growing up because we
have to fight against the institutions put up by socialisation. I want the SRC
to focus on student leadership and in that empower females’ esteem so that they
become those strong voice that make a difference in society. I hope women on
campus can look up to the fact that women can make a difference on campus.

A: don’t have one, but I am currently reading The
seconds sex by Simone Debut. She’s a feminist and also an existentalist. I
like reading those kind of things.

Q: One thing people don’t know about me is

A: …that I like parties a lot and I’m a very normal student who procrastinates. I’m too
normal. (chuckles)

Q: Favourite day in the year

A: I love the 31st of December because it represents new beginnings and a
fresh start, and moving on from anything that has happened during the year.