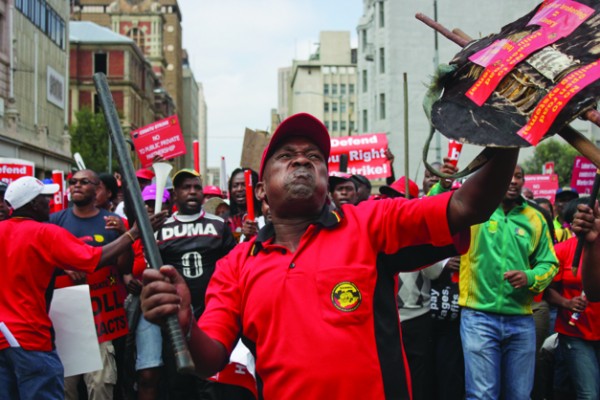 Wits students driving their own cars to campus will be paying more for the privilege – especially those who live beyond the borders of Braamfontein.

Vuvuzela calculated the average yearly cost for students driving to Wits with an e-tag: Witsies driving from Benoni will spend R1308, R707.88 from Centurion, R777.48 from Roodepoort and R154.92 from Johannesburg North.  Without the e-tag the prices would be about double.

“Well obviously it requires more money for one to get to varsity and back [home], and in the same sense you have less money to spend so it cuts down on where you can drive. Before, I could go home during lunch but now I have to think twice,” said 2nd year medical student Zain Patel.

But students who rely on public transport will not feel the effects of e-tolling immediately. Taxis and buses are exempt from e-tolling according to the recent budget speech by Pravin Gordhan.

“It would be better if petrol was compensated in place of e-tolling”, said Darrel Moodley, 4th year occupational therapy student.

This comes after Tuesday night’s 28c petrol price increase to a record high of R11.05 per litre.

E-tolls were a core issue raised by the Congress of South African Trade Unions (Cosatu) in a mass action protest march in Braamfontein on Wednesday.

Thousands of protesters marched along Johannesburg central business district and many wore bright red t-shirts with slogans condemning labour brokering, the other focus of Cosatu’s protest.

A memorandum was handed over outside the Gauteng provincial office where Vavi and Malema addressed the crowds.

“We are here to show solidarity with the workers opposing the e-tolling system and labour brokers. Leadership should listen to the masses,” said Malema.