Walking around campus, I’ve noticed how different some of the toilet signs are.

What caught my eye the most was the difference in female toilet signs where some wore longer “dresses” than others and some had hair while others didn’t. For instance, a toilet in Central Block had a female figure that “wore” a short flared dress but was bald. At the Matrix, the figure I noticed wore a longer dress.

The male toilet signs were fascinating in that some had their legs spread apart and others not. One unique male sign was of a figure with what looks like “hair”.

Two of my favourite signs have to be those at the postgraduate pub (PIG) on east campus which are sculptures labelled sows (for ladies) and boars (for males).

In defense of the PIG, at least their signs were labelled. The only problem would be whether or not one knows what  sows and boars are.

Another interesting sight were the signs at the Wits museum in University corner. They fascinated me because the drawings on pieces of paper were of box-like figures. The female toilet sign has one breast protruding from its body. This sign was different to the male sign which has what looks like a penis coming out of its body.

I wondered if people ever got confused by the drawings since there was no label. In my experience, when a person needs to relieve themselves urgently, there is nothing more frustrating than figuring out which toilet they’re allowed to use. 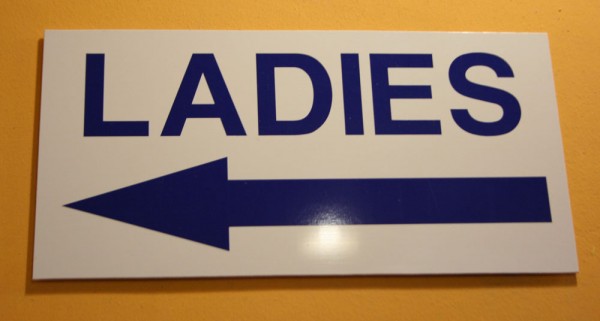 A sign showing the direction to go for the ladies toilets at the Oppenheimer Life Sciences building; with the light reflecting off of the sign, it looks almost inviting.

This sign, found at the Matrix indicates the direction one should go for both male and female toilets.

A sign also showing where some of the toilets in Central Block are. This sign is different to the previous one because it just shows you where the male toilets are; there's a separate sign for female toilets.

A replica of the previous sign made to show the ladies and people with disabilities where they're toilets are in Central Block.

This sign also includes a figure showing that toilets for the disabled are in the same area as the male's. The male figure's legs are spread apart quite a bit. 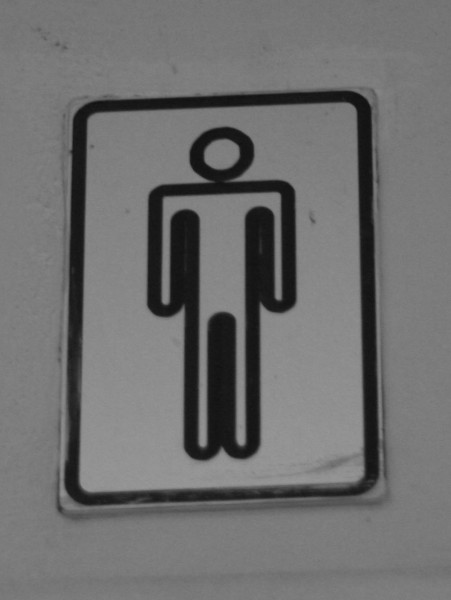 This male figure at the Matrix has his arms and legs close to his body and has broad shoulder.The female sign at the same toilets also has "her" limbs close together and broad shoulders. 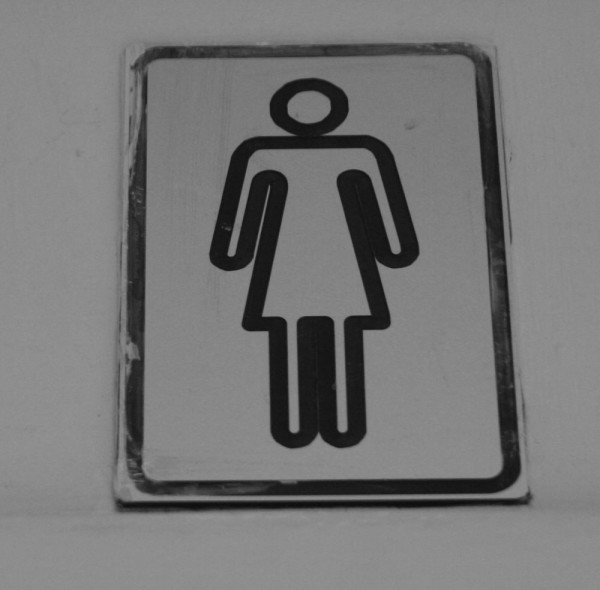 The female sign at the same toilets also has "her" limbs close together and broad shoulders. 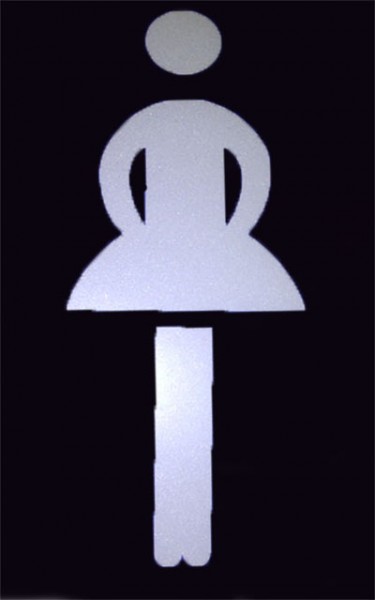 This female figure in Central Block is wearing a short flared skirt and has her arms behind her back. 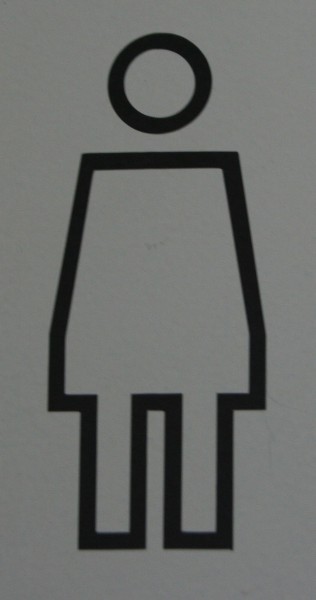 This female figure also found at the Wits Museum doesn't have arms on her body. 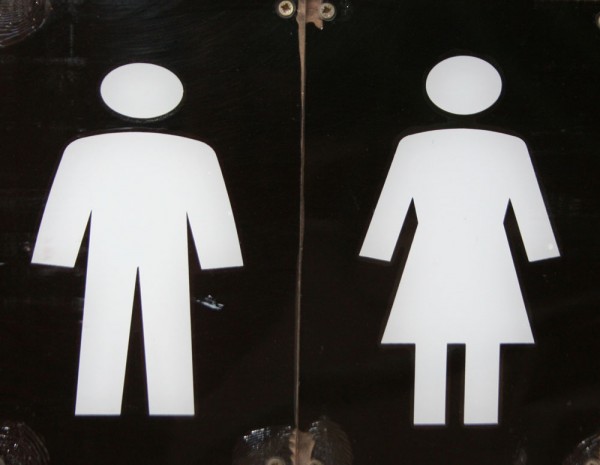 These signs were placed on a toilet door (outside University Corner) next to one another which makes one wonder if the toilet is unisex. The female's dress is longer than the other figures. 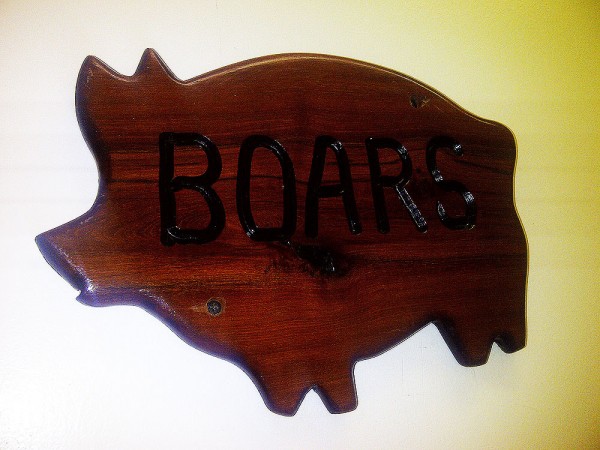 The male figure engraved "boars" at the PIG. 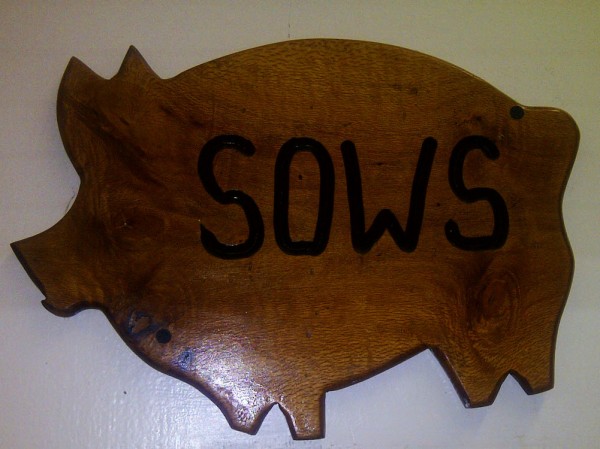 The female figure at the PIG (engraved 'sows'). 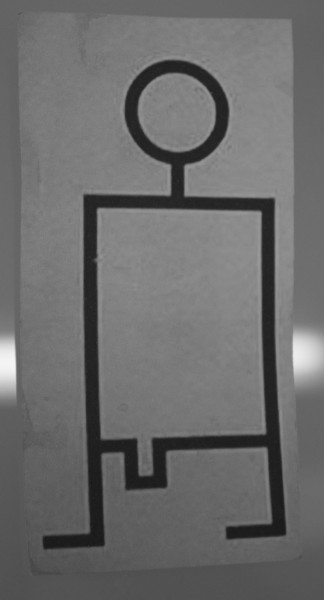 The male toilet figure at the Wits Museum male toilets with what looks like a penis drawn on the body. 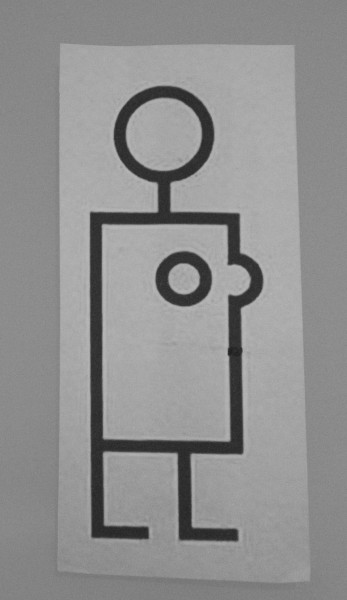 The drawing on the female toilet door at the Wits Museum which shows what looks like a breast protruding from her body. 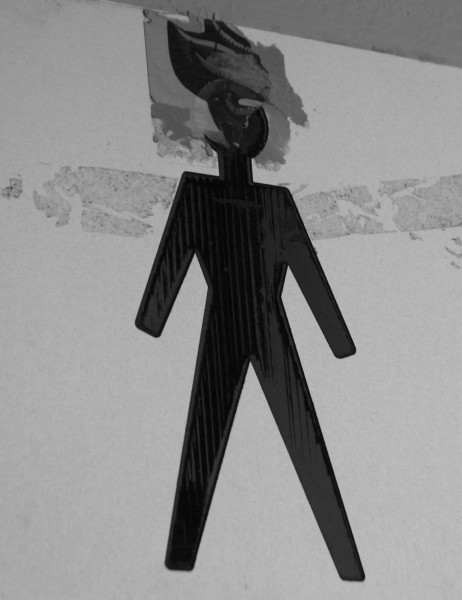 Another male figure at the Matrix that looks like it has "hair". 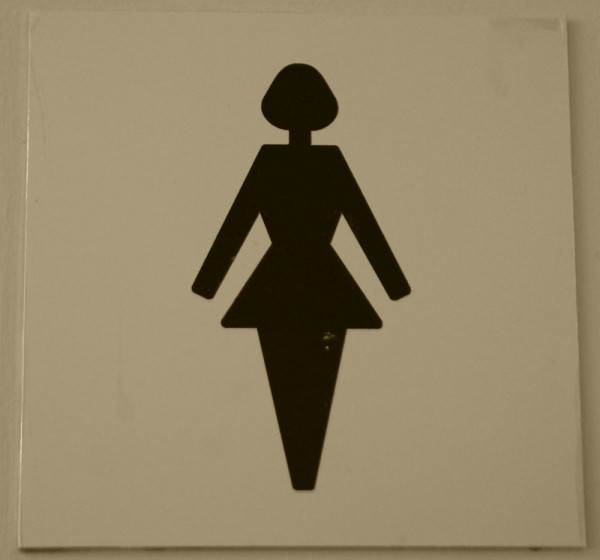