Designing fashion for a living 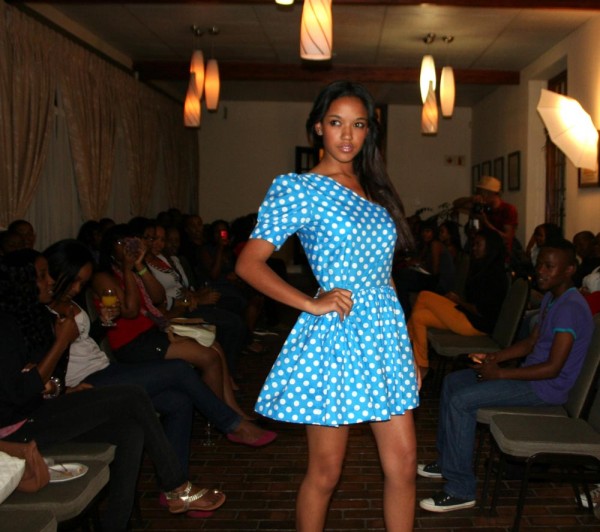 A FORMER Witsie is opening up employment opportunities for Wits students and promoting her new range of clothes.

The Students In Free Enterprise organisation (SIFE) held a fashion show last week at Hofmeyer House to launch fashion designer Cleopatra Latoya as an official retailer and ambassador at Wits.

SIFE is an international organisation in 39 countries and in South Africa has a presence in  most universities.

Latoya is the founder and owner of the Atra clothing brand. She studied BSc chemistry at Wits from 2007 before dropping out in 2010 to pursue a career in fashion design.

She funded her clothing line and website from her own pocket. She says her brand is aimed at dressing young people in the “vintage, classy and charisma-embodied” look.

“My passion for fashion design was ignited after designing my own matric dance dress. Atra is all about style, concentrating on the clothes one wears to the way they entertain themselves,” said Latoya.

Hofmeyer House was her first official fashion show at Wits.

The idea behind the fashion show was to expose Wits students to the brand and to alert them to positions available within the brand, said chief organiser Innocentia Ratshethana

“I encourage both male and female students going through financial difficulties to take up the opportunity to start as sales people. They will receive commission depending on how much they sell,” said Ratshethana.

Five students have already shown interest and signed up as sales people.

An entrepreneurial training programme, organised by Ratshethana will be launched in three weeks. Several BCom students have been assigned to create a handbook for the course.

Latoya plans to launch the brand in Swaziland, in September this year.