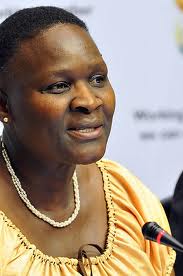 “Ms Phiyega brings a wealth of experience as a senior executive who understands the responsibility of government in the fight against crime and the duties imposed in dealing with state assets. I have every confidence that she will show leadership and acquit herself well as National Commissioner,” said the President

Zuma expressed his confidence in Phiyega’s capabilities to take up the hot seat. Prior to her appointment, Phiyega was the chairperson of the presidential review committee on state-owned enterprises and the deputy chairperson of the independent commission on the remuneration of office bearers.

Following her appointment the media, security experts, political parties and academics lashed out at Zuma for appointing an individual with no policing experience to   head up the police force.  However, in an interview with several women in Johannesburg, all were positive and optimistic that as a woman, Phiyega will fight hard to ensure their security and well-being in light of the ever escalating crimes perpetrated against women. They also agreed that she should be given a chance to prove herself before being judged and attacked even before she starts working.

“It is too early to judge when we have not seen her capabilities. People will be surprised that she can even do a better job than the former commissioner. Why is there all this attention on Phiyega’s appointment? After all the former commissioner had no police experience,” Thandi Khumalo, (not her real name) who works for a cleaning a company at Wits University said yesterday. 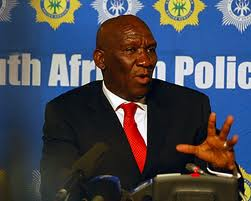 For young women like Mlungisi Mokoena (not her real name), a School of Public Health student at Wits University, Phiyega’s appointment has come as a huge relief since women are often victims of violent crimes. Janda hopes as a woman Phiyega is better placed than a man to deal sensitively, carefully and urgently with rape, domestic violence, sexual harassment among other gross crimes perpetrated on women and children.

“It’s a plus for all South African women because we have someone who understands us better and who will be more sensitive to our issues,” she said.

Milsa Janda, a Johannesburg based journalist said that like all citizens, she would prefer someone who is experienced to take up such a huge post. She however added that Phiyega’s lack of policing experience should not count against her – instead she should be given the benefit of the doubt.

“I always wonder how such appointments are made. It would be in the public interest to know the selection criteria used in appointing people to such posts so we can input and also showcase all potential candidates rather than just announcing the name of the appointed person,” Janda added.

Although she admitted to having her own fears, Phiyega was happy to accept the challenges and responsibilities tied to the post.