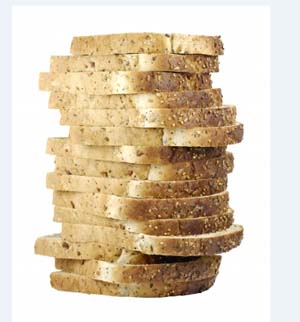 A group of students at the Wits School of Education has brought the problem of student hunger from the wings to centre stage.

The postgraduate students staged a play entitled Why Hunger? on Wednesday during lunchtime, to highlight the plight of Witsies whose bursaries don’t give them enough money to eat nutritious food.

The play’s director, education lecturer Gao Lemmenyane, says: “The students suffering in this situation are regular students who try and keep up the pretence that everything is fine. They don’t tell anyone about their problems because they are humiliated.”

A study conducted by Siyakhana, an organisation affiliated with the Wits Faculty of Health Sciences, last year found that students were embarrassed about their situation and would not easily admit to experiencing hunger.

Beery says the students most vulnerable to food insecurity and hunger were those who receive financial aid and live off campus.

Dr Yasmine Dominguez-Whitehead, a lecturer in the School of Education, focuses her research on access to food as an indicator of inequality.

She says some students may not experience a lack of food altogether but may lack a balanced diet.

“In order to make their funds stretch, they purchase less expensive items such as bread,” she says.

Dominguez-Whitehead also says “inequalities between students are reflected and reproduced in their food-related troubles talk”.

Dr Jean Place, head of student affairs on the School of Education campus, is often the first port of call for students in need. Place believes problems like hunger can prevent students from concentrating and performing well academically.

Assistant dean of students Pamela Townsend says the School of Accountancy discovered that some of its students were writing tests and exams on empty stomachs last term.

The school tackled the problem by providing students with a muffin and coffee for breakfast. The project catered for all students, so that students in need weren’t singled out and stigmatised. Unfortunately, the project has not continued due to a lack of funding.

Dominguez-Whitehead says very few universities have well-funded programmes to help hungry students. She says most projects depend on “donations and short-term and insecure funding”.

Whatever the weaknesses of such projects may be, their beneficiaries are grateful for the assistance.

Place says a small group of students whom she helped a few years ago are giving back by raising money for her small “food and clothing bank”.