Is the SRC misrepresenting us? 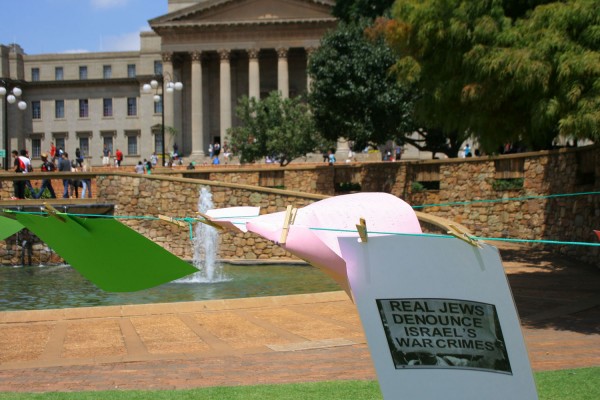 The SRC’s decision to boycott Israel, academically and culturally, has made international news as the official voice of Wits students – even though the outgoing SRC was elected by less than 20% of the student body.

In response, Wits released a statement signalling concern that the SRC did not represent all students or the views of the University.

“The views and opinions expressed by the Students’ Representative Council and other student groups do not represent the official views of the University, nor are they an accurate reflection of the views of the majority of students, staff and alumni.”

The SRC’s stance was reported locally and internationally by papers like the Washington Post, with some online news agencies falsely reporting that the entire university had joined in the boycott.

The South African Union of Jewish Students (SAUJS) has a strong presence at the university with almost 1000 Jewish students.

There are no SAUJS members in the SRC currently, although Wits Chairman Harry Hoshovsky said that the 20% voter turnout is a “clear sign of student apathy”.

“It is somewhat pretentious for the SRC to claim that it represents all Wits students, as barely one out of five actually voted in the elections and thus the SRC cannot be said to officially represent more than that number.”

SAUJS claims that the SRC is in contravention of its own Constitution, specifically section 8(1)(r). This section states that the SRC is duty bound to “initiate,  undertake or stimulate discussion or debate or action, or to make its views known on matters of general concern that are likely to be of interest to or to affect students.”

The SRC made the decision to boycott after it was proposed by the Palestinian Solidarity Committee (PSC). Fatima Mukaddam, SRC Fundraising and Entreprenuership officer, said the boycott action is in line with Wits’ ethics.

“Israel is a violator of human rights, and the occupation of the West bank is illegal under international law. If Wits and the SRC hold the values of respecting human rights then it is completely under the mandate of the SRC of boycott Israel.”

Just over 20% of the student body voted in the 2012 SRC elections. The IEC requires 25% of students to vote for a legitimate SRC, but when this quota is not met, the votes are then taken to the Vice Chancellor who then declares the elections valid.

Jabu Mashinini, the member of staff elected by the IEC to oversee the elections, said these percentages are acceptable given that “11,028 of the voters are post graduate students who are off campus most of the time”.

Tatenda Dune, a 1st year BA student said, “I think it’s unethical and incorrect for the SRC to represent us on such big issues, considering only 20% of the students voted. Ultimately they are representing a very small part of Wits.”