Reproduced with permission of Africacheck.org. See the full article here.

The claim that 28 percent of South African schoolgirls are living with HIV started with a remark by Health Minister Aaron Motsoaledi, misreported by The Sowetan.

Unquestioned, it has been repeated by media across the country and the world. The true rate is half that.

The Sowetan headline was shocking: “28% of schoolgirls are HIV positive”.

The article that followed read: “At least 28% of schoolgirls are HIV positive while only 4% of young boys are infected with the virus in the country. 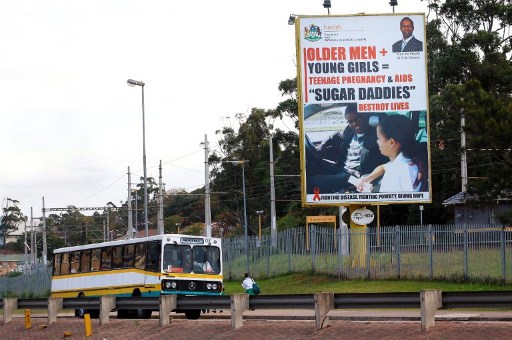 “Health Minister Aaron Motsoaledi said this was a clear indication that old men were sleeping with young girls – a statistic he said ‘destroyed my soul.’”

The startling claim was picked up by the South African Press Association (Sapa) which ran a piece citing the Sowetan report with the headline: “Nearly a third of schoolgirls have HIV: Motsoaledi”.

Then the story went global

The report was then picked up around the world.

The Independent in the UK: “Over 25% of schoolgirls in South Africa are HIV positive because ‘sugar daddies are taking advantage of them’, says health minister Aaron Motsoaledi.”

The figure was also cited in a column in the Sunday Times by influential Talk Radio 702 host Redi Tlhabi. And it continues to gain momentum, carried most recently by the Nigerian Tribune and the Australian website AdelaideNow.

Variations of the story were tweeted and retweeted, posted and reposted hundreds of times on social networking sites Twitter and Facebook.

What the minister actually said

But the story was fatally flawed; an uncritical rehashing of a half-heard statement made by the minister during a “taking Parliament to the people event” in Carolina in Mpumalanga province.

In his address in Carolina, Motsoaledi did indeed refer to a figure of 28%, but only in relation to the findings of an HIV testing and counselling campaign at a small number of hard-hit schools in the Natal Midlands.“The Minister of Health did not say ‘28% of school girls in South Africa are HIV positive,’” his spokesman, Joe Maila, told AfricaCheck.

“The journalist who wrote the story and the agencies that publicised the story got it all wrong.”

Maila said Motsoaledi had referred to a figure of 28% with reference to “a small sample of a few schools in the Natal Midlands”.

The real rate is half what the media said

The most recent statistics, compiled as part of a 2011 HIV and syphilis survey, which was published last year by the Department of Health, indicate that HIV prevalence among young women aged between 15 and 19 was around 12.7% in 2011, a decrease on the previous year’s figure of 14%.

This is less than half the figure in the Sowetan’s headline.

It is even less than the figure (20.5%) for HIV prevalence among pregnant women aged 15-24, a population group who are always likely to have a higher prevalence rate than all schoolgirls, for obvious reasons.

Conclusion – Check before you report a figure

The website JournAIDS.org – which monitors media reporting on HIV and AIDS – has also sharply criticised the Sowetan saying its misinterpretation of Motsoaledi’s comments “points to an urgent need for a culture of fact checking in journalism”.

As we know ourselves, checking these sorts of facts is not always easy. But when a figure is as shocking as the one mistakenly thought to have been given as a national average by the minister, it is important for journalists to check before publishing.

As JournAIDS said, journalists should not simply report what an official says if it contradicts the easily checked facts. We could not say it better ourselves.