Lack of training for Campus Control 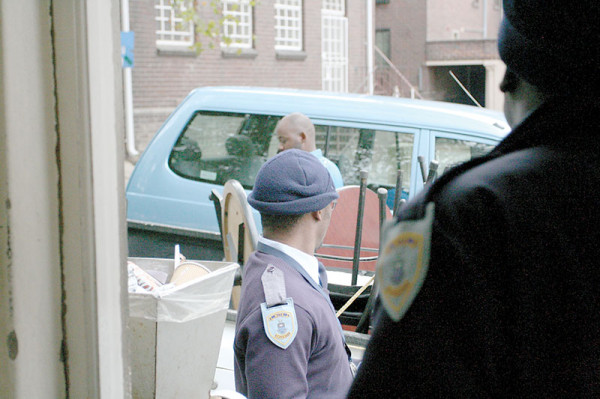 UNDERCOOKED: Campus Control officers have yet to receive training on sexual harassment. Photo by: Mfuneko Toyana

Campus Control officers responsible for security have not received training on  how to deal with incidents of a sexual nature for close to three years despite repeated attempts by the Career and Counselling Development Unit (CCDU) to organise this training.

In an interview with Wits Vuvuzela, Maria Wanyane, sexual harassment advisor at the CCDU, said Campus Control officers had not received training from the unit on dealing with sexual issues for close to three years.

She said that Campus Control had been consistently unable to schedule time to attend training that was offered by CCDU.

Wits head of security Rob Kemp, in an email reply to questions about the kind of training received by officers, said that all Campus Control security are trained to a minimum “D” level and will receive training on how to investigate incidents and process evidence later this year .However, the training will only take place if they can secure funding for the programme.

Kemp said that Campus Control was in the third phase of a three-year programme which, “will not deal with sexual abuse per se, but with how to investigate and report all kinds of irregularities and abuse.”

Two Campus Control guards, who have worked at the university for several years, said they have not received training on how to deal with sexual abuse issues and were not familiar with the sexual harassment policy and procedure they are meant to enforce.

The officers asked not to be named for fear of being reprimanded, because they had been warned by management to speak about security matters at the university”.

One officer was particularly concerned about not knowing how to deal with incidents where sexual activity seemed to be consensual but was against the university’s public indecency rules.

Asked about the “level D” minimum requirements for all Campus Control security, the officers were unaware of this requirement, confusing it with first aid training, which they said they had not received either.

In a later email, when questioned about the statistical incidence of crimes on campus and in particular the frequency of sexual incidents, Kemp was only able to say that records are kept and crime statistics prepared monthly, every six months and annually. These were then submitted to the university management.