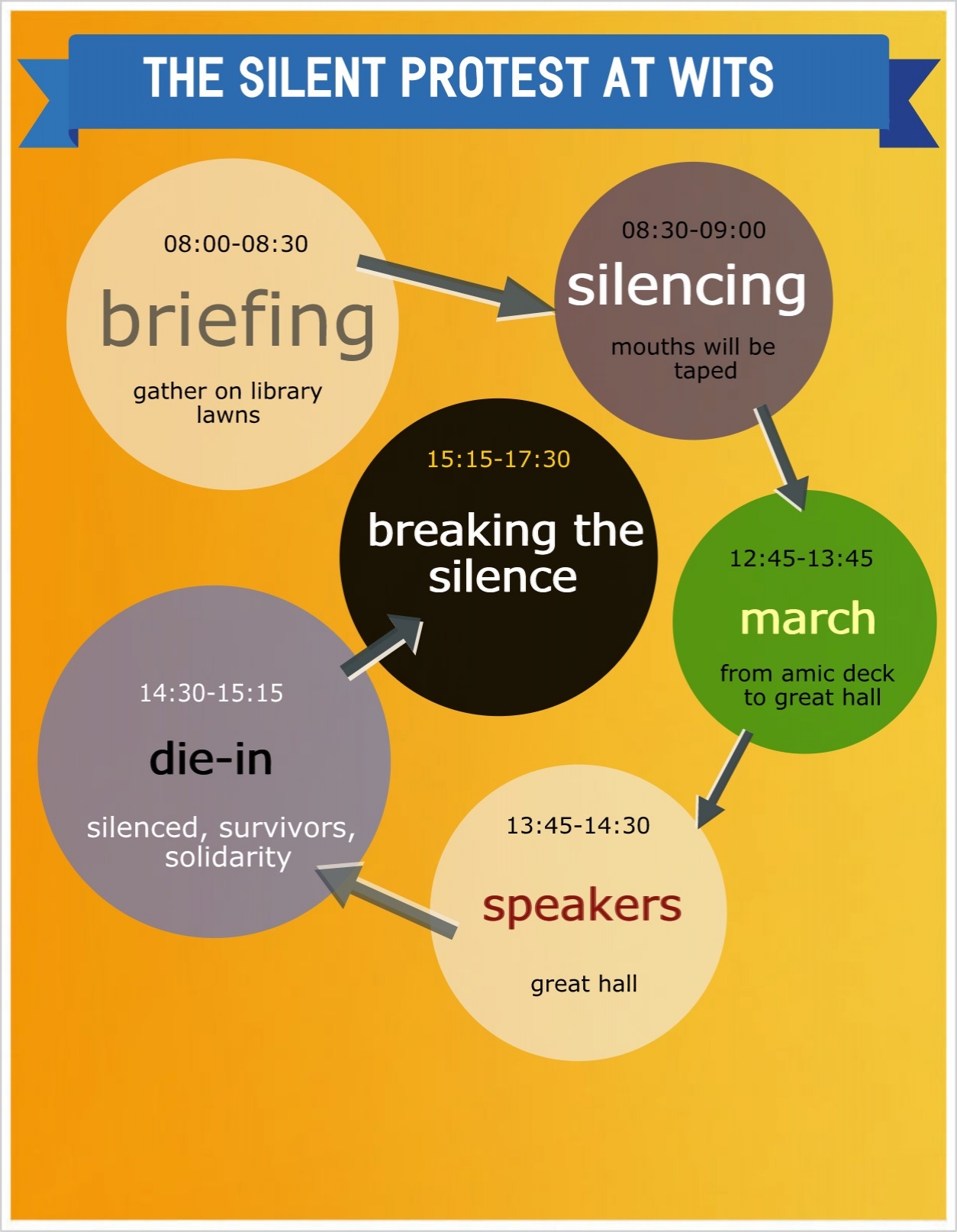 The schedule of events for the silent protest at Wits. Image: Dinesh Balliah.

PROTESTS of solidarity for victims of sexual violence will take centre stage next week at Wits University.

The gathering will start on the lawns on East Campus at 8am.

Thousands are brutally raped and murdered annually while the tragedy gets lost in the numbers. Like the taped mouths, the purpose of a ‘die-in’ is to create another visual cue, allowing people to imagine the statistics. The protest asks the public to be still and imagine how many lives are lost, to become the embodiment of that loss for a short time in order to honour the dead and recommit the living to action to end the violence.

The protest is pro-survivor rather than anti-offender event. The aim of the protest is to provide a visual impact of the statistic that only one in nine people who experience sexual violence report the crime.

A ‘die-in’ will be conducted during lunch hour where all protesters gather and refocus particularly as protesters are unable to eat lunch. It is a means of showing how many people are affected by sexual violence.

Students will remove the tape on their mouths and share their stories and experiences while sharing refreshments together in a breaking of the silence.

The protest is open to the university and anyone can register to participate and support the cause. Students can register at the Counselling and Careers Development Unit (CCDU) office or the Student Development and Leadership Unit (SDLU) office where they will  receive a t-shirt and tape upon registration.

There are different ways to participate in the day-long protest. People can volunteer to be silent and wear a t-shirt with ‘sexual violence causes silence’ on the front and an explanation on the back with their mouths taped all day, no food or water allowed.

Crime statistics released by government reveal that more than 65000 sexual assaults were reported in South Africa in the last year. From these reports only 6.5% are successfully prosecuted and less than half of 1% of perpetrators will serve jail-time.