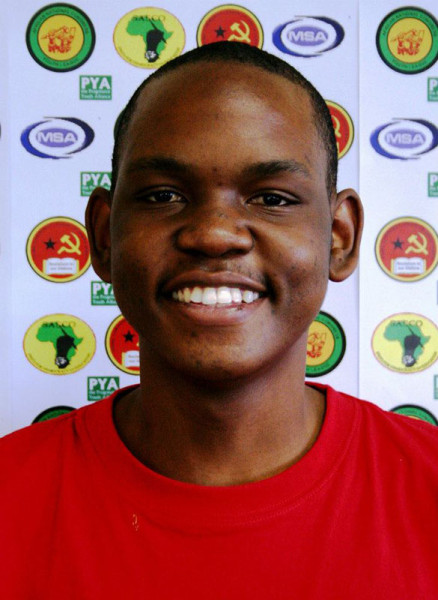 WITS SRC president Sibulele Mgudlwa was admitted into hospital on Saturday due to complications with diabetes.

Mgudlwa, 3rd year Bsc Acc, called an ambulance to his flat in Braamfontein after feeling weak, dehydrated and dizzy.

Mgudlwa spent three days in the Intensive Care Unit (ICU) at the Charlotte Maxeke Johannesburg Academic Hospital, after losing consciousness on Sunday evening. Mgudlwa was discharged from ICU and moved into the general ward after his condition improved on Tuesday.

“We are keeping him in our prayers and we can’t wait to have him back,” said SRC External President Joyce Phiri.

Mgudlwa is due out of the hospital before the end of the week.

Phiri and SRC Internal Deputy President Tokelo Nhlapo said they admired the manner in which Mgudlwa had handled his illness.

“I don’t think he has allowed his condition to stop him to do his work in anyway,” said Nhlapo. “He is a very committed leader…he is very responsible.”

Witsies have taken to social media to send their well wishes to Mgudlwa, whose twitter handle is @USibulele.

@Sikho_N22h: Glad to hear my president @Usibulele is out of danger:)

@Ulo_Mkat: Wishing @Usibulele a speedy recovery. Leader of the masses…

Mgudlwa suffers from Type 1 diabetes, which is a chronic condition that occurs when the body stops producing insulin.

Insulin is a hormone produced by the pancreas that allows glucose from food to enter the body’s cells where it is converted into energy needed by muscles and tissues to function, explains the International Diabetes Federation website.

Type 1 diabetes can affect people of any age, but usually happens to young people under the age of 30, including very young children and infants. Type 1 diabetes can be inherited and people who suffer from the illness must be injected with insulin to survive.

These insulin dosages must be carefully balanced with food intake and exercise programmes. Although the illness is not life threatening when treated, if it is untreated or unmonitored it could lead to kidney failure, strokes and heart attacks.

The International Diabetes Federation in 2011 reported that more than 15 million adults in Africa suffer from diabetics. South Africa has one of the highest numbers of people with diabetes in Africa with 1.9 million sufferers.