A MYSTERIOUS odour—reeking of rotting food on some days, human waste on others—is plaguing the Matrix.

The source of the persisting foul odour appears to be along the back entrance of the building and has made the use of the nearby walkway unpleasant for many.

In addition to causing discomfort amongst passers-by, the foul odour also plagues practitioners and patients at nearby campus health facilities and is near a loading bay for food suppliers.

Sister Yvonne Matimba, head of campus health, said the odour was something that affected their operation at the centre.

“It’s not ideal for a health facility. I talk about hygiene but then we are next to an unhygienic source. It’s not ideal.”

Matimba said they had notified the university about the odour.

“We have raised it with them, but…”she said before trailing off and shrugging.

The cause of this smell appears to be a matter of speculation and finger-pointing between several sources.

There has been speculation that the smell is caused by the sewage deposit point situated in the nearby area. However, these claims were rejected by Joe Nembudani, campus facilities manager at Property and Infrastructure Management Division (PIMD).

Nembudani said the only drainage in the area was in the form of a storm water channel used to prevent flooding.

But several cleaners based in the Matrix building claimed faulty piping from the Matrix toilets was causing the foul smell in the area.

One cleaner, Samuel Gafane, said: “You see these pipes have holes in them? When someone flushes the toilet upstairs the waste travels through these pipes and makes this area smell.”

Gafane pointed to a disturbing sight. Even on a dry day, puddles of water are present in the area. The constant dripping of fluid has attracted swarms of flies to holes in the pipes.

Nembudani countered that the only possible smell in the area was caused by the cleaners themselves as well as several shop owners in the Matrix, who he believed poured waste product in the storm water channels. 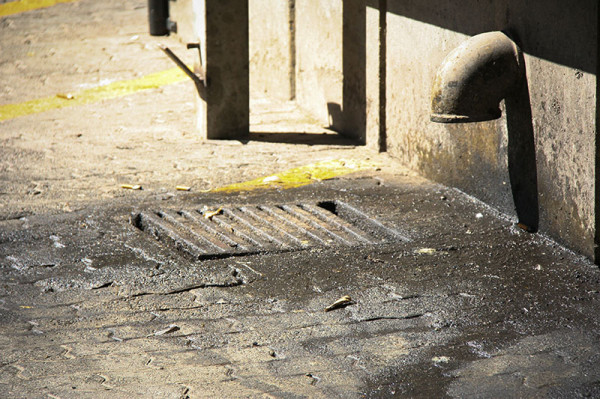 “I promise you it’s not sewage. It’s because of the fat poured by people who are lazy,” Nembudani said. “Even the cleaners they’ve been emptying dirty water into those channels.”

Gafane rejected this and said it was not possible that the soap water he used to clean could cause the odour.

James McCarthy of Phezulu Plumbing, a company often appointed to clean out the channels, said grease from the Matrix shops was a possible source for the foul smell in the area.

“The grease solidifies and ends up clogging the drain and smelling,” he said.

Nembudani said he was unaware of any problem with bad odours as nothing had been reported to him. 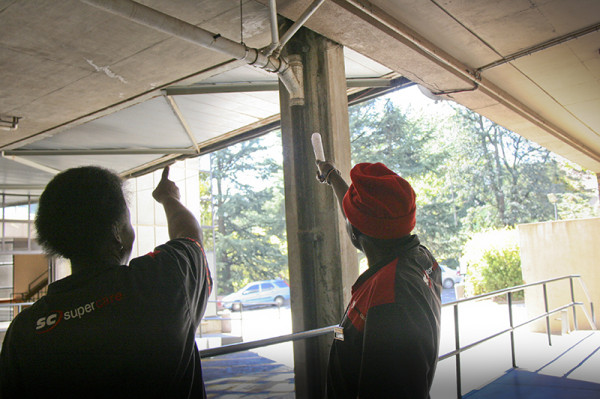