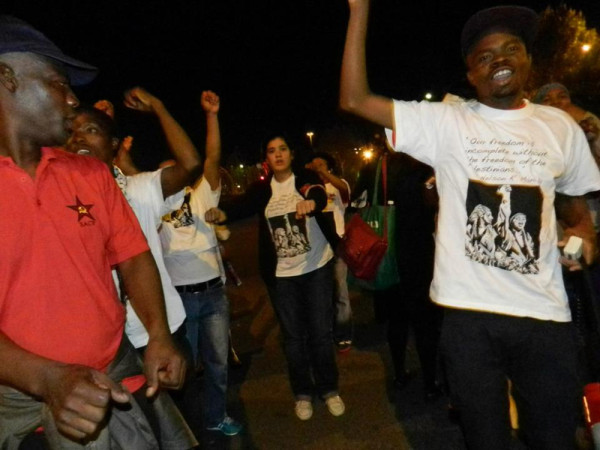 THE SRC is calling for a public trial for 11 students—nine of whom are SRC members—who have been charged for possible contravention of the university’s code of conduct.

The group is charged for disrupting a musical recital by Israeli-born pianist Yossi Reshefon March 12 as part of a protest during Israel Apartheid Week. “We want this to be a public trial because it affects the university at large,” said SRC internal vice president Tokelo Nhlapo.  On April 15, Vice Chancellor Prof Loyiso Nongxa released a press statement that said a senior counsel had been appointed to act in lieu of a student disciplinary committee. The senior counsel would be empowered to “to chair the hearing, and to carry out all of its functions and to exercise all its powers.”

The SRC members that have been charged are Sibulele Mgudlwa, Tokelo Nhlapo, Joy Phiri, Tasneem Essop, Justice Nkomo, Pearl Pillay, Apelele Pindani, Klaas Mokgomole and Norman Mashegoane. Mbuyiseni Ndlozi and Feziwe Ndwayana are the two students who are not SRC members. The first hearing is scheduled for May 13 at 9am.

“We have no regrets about our actions. We make no apologies to the highest and the lowest offices at Wits,” said Nhlapo who has been charged with six counts of misconduct.

On the same day that Nongxa released the statement, several members of the SRC joined a group of activists to disrupt another Israel-related concert. This time the target of the protests was a performance by Israeli musicians celebrating Israel Independence Day at Gold Reef City. The Wits Choir also performed at the event.

“I was very disappointed that the Wits Choir was performing at the event,” Pillay told Wits Vuvuzela. “Does this mean that they have taken sides?”