Tribute to Gerard Sekoto at WAM

TO celebrate a hundred years of Gerard Sekoto’s life, the Wits Art Museum (WAM) is staging a retrospective of his artwork in an exhibition titled Song for Sekoto 1930-2013.

In collaboration with the Gerard Sekoto Foundation, WAM brings an intimate and exclusive display of Sekoto’s celebrated pieces. Some which have been brought overseas, loaned from the Johannesburg Art Gallery and private collectors. 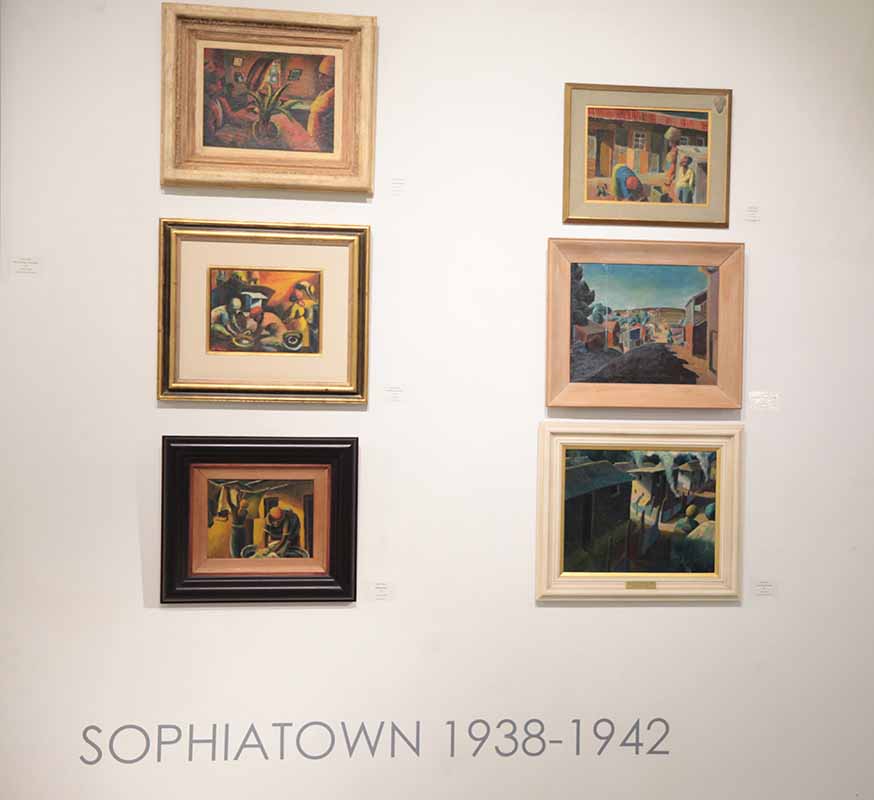 “He [Sekoto] is an important artist for South Africa for many different reasons. We now have an opportunity to see an overview of his life as well as why his work is important and that’s what the exhibition is about,” Education Curator Leigh Blanckenberg said.

Wits Vuvuzela was invited to tour the exhibition that tells the story of Sekoto’s formative brush with art, life in the now defunct Sophiatown and District Six, his humble childhood, famous political statements through paintings and his unfinished artworks.

It took the Gerard Sekoto Foundation 10 years to put together the exhibition which is staged in a salon style.

South Africa also marks a hundred years of the controversial 1913 Natives Land Act this year that segregated white and black people from living in the same areas and disposessed black Africans of land.  Blanckenberg said WAM will in future commemorate this milestone.

Sekoto himself was notorious for using his craft to make political statements, among them the devastating results of the Natives Land Act that features in his painting Song of a Pick (1946).

The painting depicts Sekoto’s feelings about the dire conditions of black people and the lives of the working class in areas such as Sophiatown, Eastwood and District Six – which Sekoto lived in and was the common theme in his paintings.

One of Sekoto’s more famous paintings Dawn (1944), tells of the dawn of new time in the country, also features in the exhibition.

The painting depicts a woman with a child hanging down her neck, which hangs at the end of the museum’s ramp.

About the prolific painter

Sekoto, a self-taught painter, carved a successful career for himself at a time where few black people chose to enter the art profession.

In a self imposed exile move to Paris, Sekoto left South Africa to remove himself from a racially tumultuous country and to leverage art opportunities in a foreign land.

In Paris he learned creative art and was immensely inspired by post impression art.

“He missed home. He was passionate about South Africa but he never came back. So there is an element of sadness in the story…which is seen in the narrative of this exhibition…he also paints in a positive way,” she said.

Blanckenberg said of Sekoto’s political statements through his work: “He said it wasn’t intentional, he argued that he wasn’t a political artist but you can’t really say that he wasn’t. He spent most of his life in Paris, about over 40 years, self imposed exile… He never wanted to come back either.”

“He painted a subject matter of South Africa despite the fact that he was in Paris and he could have chosen a subject matter of what he saw around him. And based on memories and media, a lot of his work came back and was bought. He did make heavy political statements,” she said.

In tandem with Sekoto’s artworks, WAM also documents his life as a poet, musician and author of children’s books with original handwritten transcripts and an honorary doctorate awarded to him by Wits University.

The exhibition will run for five weeks from 24 April- 2 June on Wednesdays to Sunday.