Witsies shave it off for CANSA

Wits University held its second shavathon today during lunch in front of Umthombo. Students of all faculties gathered to show their support for cancer survivors and sufferers.

‘Take Away Cancer’ is an initiative by students of Wits university who hold these events in order to raise money for cancer research with all the proceeds go to CANSA (Cancer Association of South Africa).

The shavathon attracted an equal amount of men and women. But the majority who shaved their heads were men. Women students indulged in highlighting their hair with various colours of spray. Tarryn Human, community mobiliser for the CANSA Houghton office said if women shaved their heads, their hair would be parcelled and sent to make wigs and weaves out of them for cancer patients. 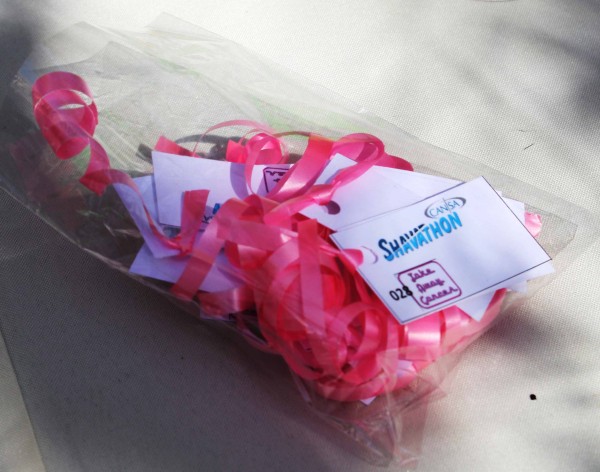 All participants were  given a pink ribbon, symbolic of cancer and more specifically breast cancer. With the ribbon came a Shavathon card which was traded in after the shave/spray for a free ice-cream. Photo: Prelene Singh 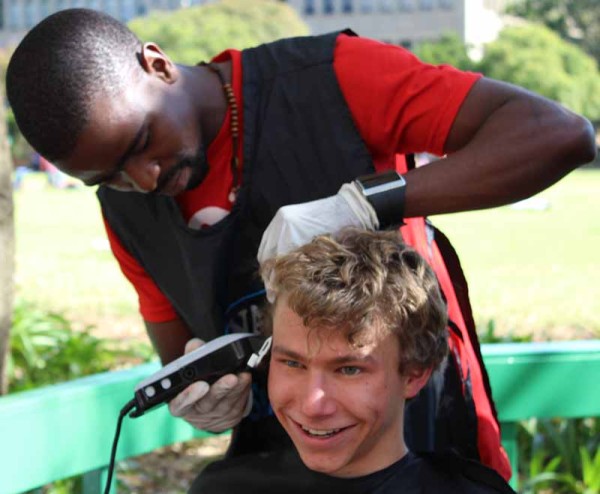 Thomas Geffen, 2nd year BA said he was shaving his head because it was for a good cause and worth it.
Photo: Prelene Singh 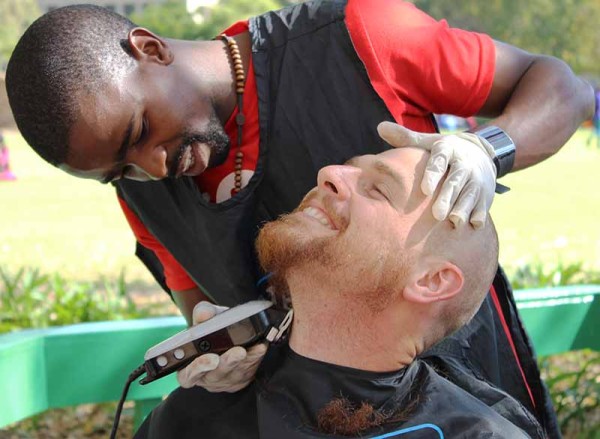 A Wits student who shaved his head as it was a quick haircut for him and he simultaneoulsy ended up shaving his beard off too. Photo: Prelene Singh 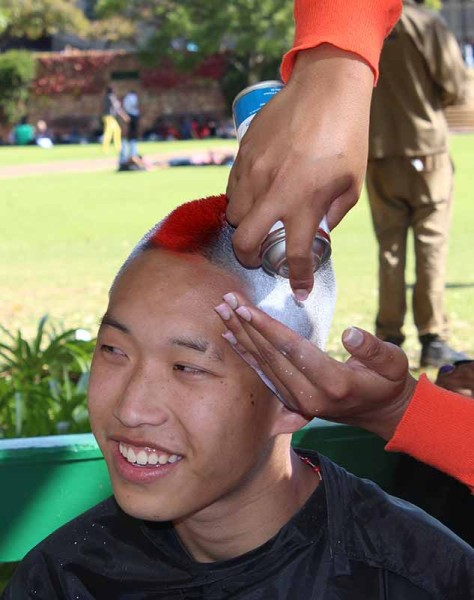 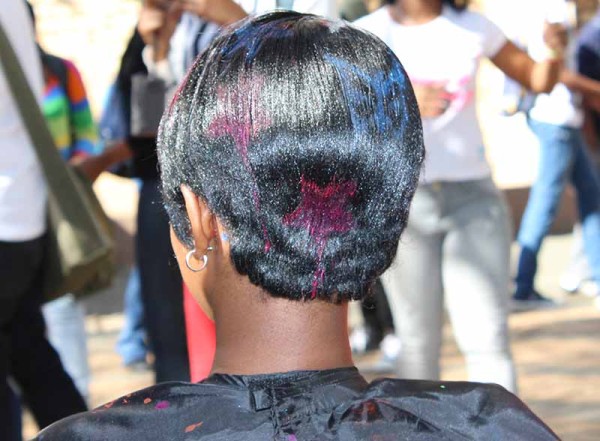 Some ladies and gentlemen decided to get creative and sprayed some interesting designs on the hair. Photo: Prelene Singh 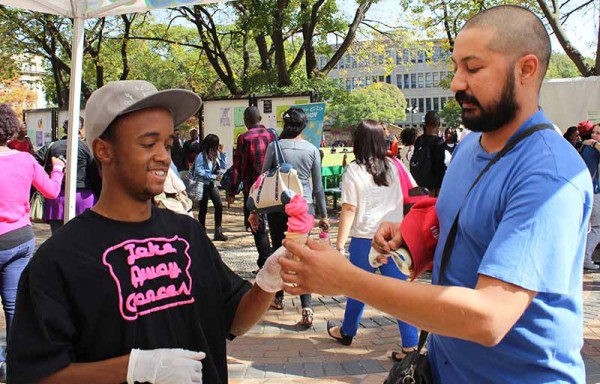 After getting their hair sprayed or shaved, students handed in their shavathon card to the Casablanca Silly Buggers tent and were given a free ice-cream for their contribution. Photo: Prelene Singh 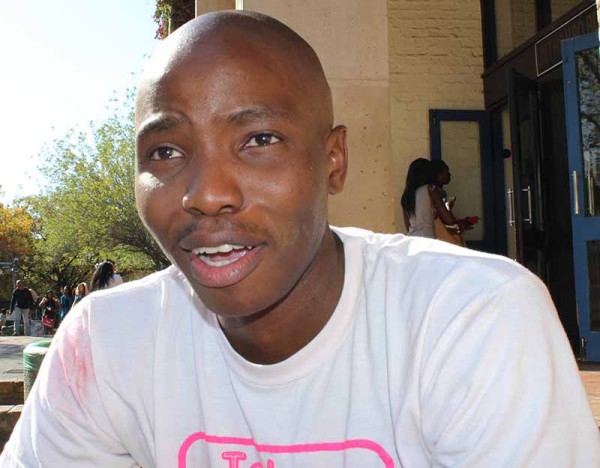 Thato Benedict, founder and chairman of Take Away Cancer and also a maths and economics Witsie started this initiative after his mother passed away in 2011 from cervical cancer. Photo: Prelene Singh

In the mission statement for Take Away Cancer it stated this initiative aims to be the equivalent of love life by 2022 said Benedict. “We aim to have a mobile clinic on campus for women who live in residence and all women on campus to have free mammograms done”, Benedict said. 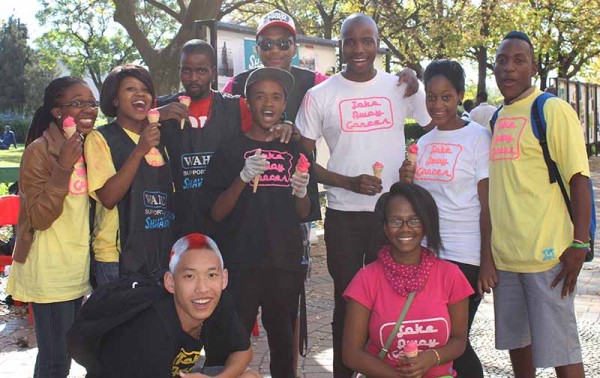 The team of Take Away Cancer who helped out at the shavathon today. Photo: Prelene Singh