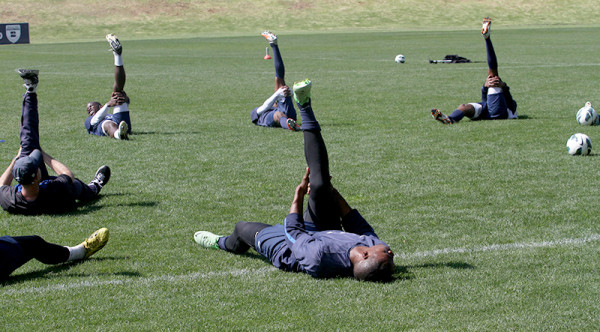 Bidvest Wits will continue their battle with Bloemfontein Celtic for fourth place in the Premier Soccer League (PSL) this Saturday when they host Amazulu in the second-last round of matches for the season.

The Clever Boys go into the game tied on 40 points with Punya Sele Sele and are ahead only on goal difference.

Clive Barker’s charges are riding high after a 2-1 away victory over rivals University of Pretoria and have done well of late, winning two of their last three games and putting themselves in great position to finish as high as they ever have.

So impressive has the form of the Clever Boys been that captain Sibusiso Vilakazi has been a regular in Soccer Laduma’s Team of the Week. Bidvest will hope that the momentum they have built up carries them over the line ahead of Celtic in what is sure to a photo-finish.

Interestingly, Clive Barker is pitted against a man he used to coach in the national team.

Clinton Larsen is 42-years-old and the Celtic job is his first as head coach. Wits’ amiable mentor is almost 70 and has coached upward of 10 teams, including leading Bafana Bafana to their sole continental trophy in 1996.

Tactically, the two are not worlds apart.

Barker is lauded as a supreme motivator, and his ability to free players of the fear and nervousness of playing in the professional arena has earned “The Dog” respect and admiration.

Larsen, in only his third season as head coach, might be considered “wet behind the ears”. And his team is composed largely of youngsters untested in the top-flight. Despite this, Bloemfontein Celtic were able to reward their fanatic supporter base by clinching the Telkom Cup earlier this season.

The young coach has managed to get the Free State team playing attacking, at times expansive football, and few teams have managed to leave Bloemfontein with the full 3-points this season.

Both coaches rely on out-scoring their opponents, and it seems that goals will ultimately decide who clinches fourth place.