During US President Barack Obama’s much-publicised visit earlier this month, he announced a new fellowship that would allow 500 African students to study in America.

Obama spoke at a town hall meeting held at the University of Johannesburg campus in Soweto. He addressed an auditorium filled with young African leaders, a number of these were part of the Young African Leaders Initiative (YALI). The Obama administration created YALI to encourage entrepreneurship and leadership among African youth. 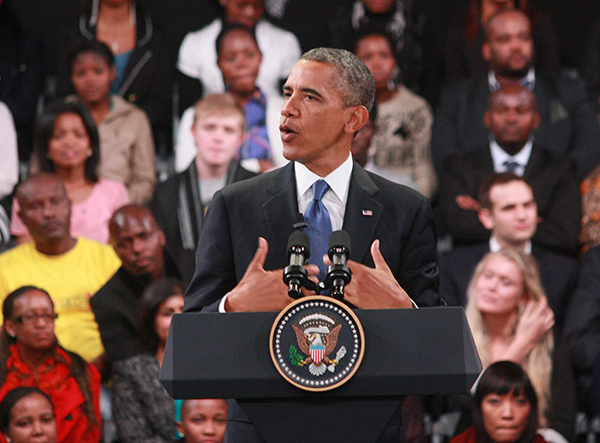 “Too many Africans still endure tremendous hardship and great injustice,” he said. Obama said the youth were key in creating a “more prosperous and a more confident continent”. Starting in 2014, the Washington Fellowship will select 500 young leaders to spend time in universities and colleges in the US for academic and leadership training. The [pullquote]Too many Africans still endure tremendous hardship and great injustice[/pullquote]Washington fellowship will aim to further relations between the USA and Africa.For the next five years, citizens of sub-Saharan countries will be eligible for the programme.

Applicants must be between 25-35 years of age at the time of application, although exceptional candidates younger than 25 will be considered. Individuals should have a good command of the English language.