No Results on SRC results 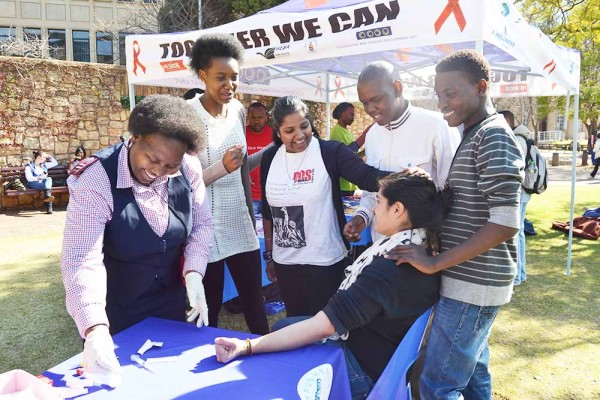 LETS TALK ABOUT TESTS BABY: Members of the SRC get tested for HIV during HIV Awareness Week. The table was especially set up for them on Wednesday on the library lawns.. For the full story see page 8. From left: Sister Bongiwe Sithole, Pearl Pillay , Sibulele Mgudlwa and Tasneem Essop.
Photo: Nokuthula Manyathi

One in every 20 adults is living with HIV in sub-Saharan Africa, accounting for 69% of people of living with the disease worldwide according to the World Health Organisation. On Wednesday during lunch Tokelo Nhlapo, vice president of the SRC, said all SRC members would arrive at the testing centres to be checked and declare their statuses.

They will declare their status to the public

“Today [Wednesday] all SRC members will be tested and they will declare their status to the public,” Nhlapo told Wits Vuvuzela. However, when it came time to for the SRC members to take their tests, five members of the SRC arrived but Nhlapo was not one of them.

SRC secretary Tasneem Essop, one of the tested, said Nhlapo could no longer make the appointment because he had to sort out some issues with his faculty. The SRC members present also disagreed with Nhlapo’s announcement that they would be declaring their HIV statuses. 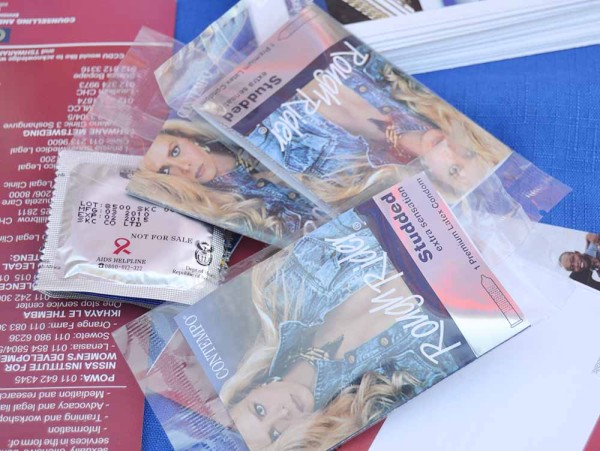 Pearl Pillay, SRC international student affairs officer, said that a person’s HIV status was private that there was no agreement that all SRC members would declare their HIV statuses.  “Your HIV status is a very personal thing. I think if people wish to declare their status it’s good on them but no one is forced,” said Pillay.

No one is forced to declare their status

President of the SRC, Sibulele Mgudlwa, agreed with Pillay and said the SRC wanted to set an example to students about being health conscious. “We are not planning on declaring our statuses. No one is forced to declare their status. We are here to promote a healthy life,” said Mgudlwa.

Mgudlwa said Nhlapo’s announcement was the SRC vice president’s “own view”. Mgudlwa said that people’s privacy needed to be respected.  The SRC members were among dozens of Witsies who got tested as part of HIV Awareness Week.
Sister Bongiwe Sithole, from the Campus Health and Wellness Centre said she was very impressed with the turnout so far.
“I was very surprised by the number of people who arrived to get tested.

The demand was overwhelming

The demand was overwhelming,” said Sithole. Students on the lawns said they were eager to get tested but a few were discouraged because of the long queues.Some of the students had been standing for more than 40 minutes. 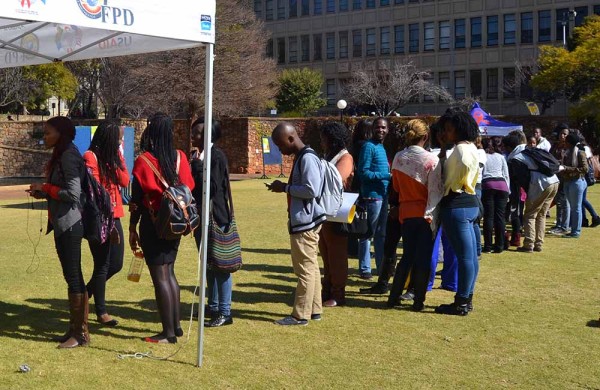 HIGH DEMAND: Students were in queues for more than 40 minutes
Photo: Nokuthula Manyathi

Even though the queues were long, Sithole encouraged students to get tested as it would give them “a chance to make changes to their lives.”  Essop said it was important to know your status as it “helps you to keep safe whether you are negative or positive”.