Witsies drowned out by the Madibaz 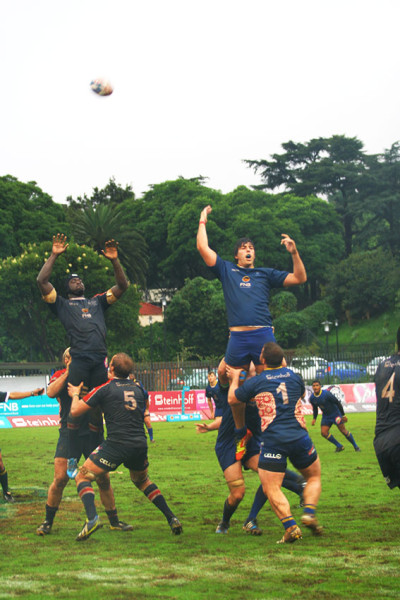 LINE OUT: Witsies try their best to gain possession of the ball during their match against NMMU on Monday night. Photo: Luke Matthews

The rain and gloom of Johannesburg’s weather matched Wits’ performance in their match against Nelson Mandela Metropolitan University (NMMU).

The Wits rugby team were defeated 18-12 in a Varsity Cup match on their home turf.

Hopes were high when Wits scored the first try of the game, giving them a 4-0 lead. Although the rain may have steered away some supporters, the stands still roared with excitement.

With increased  pressure on the visiting side, The Madibaz as the NMMU team is known, quickly recovered when flank Chris Cloete scored a try putting them 5-4 in the lead. 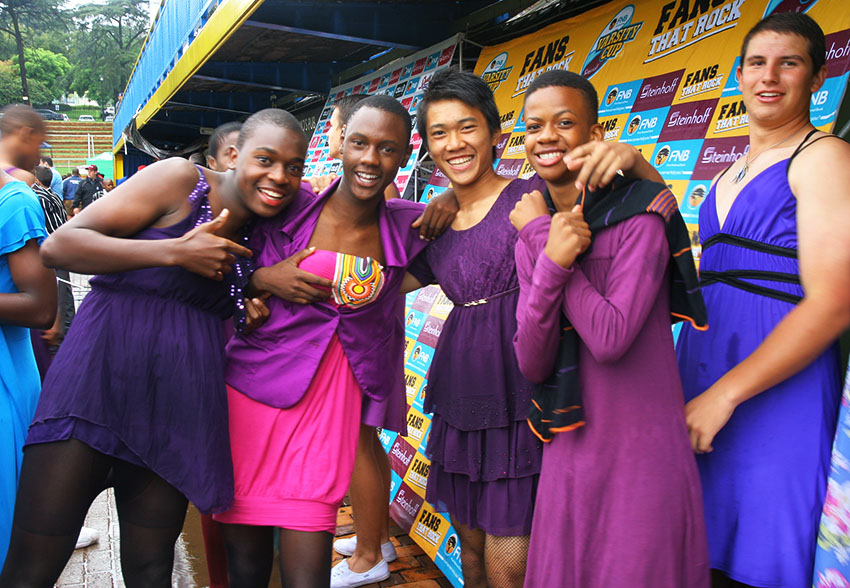 LADIES MEN: Pupils from Parktown Boys dressed in drag as part of their initiation attended the match to show their support for Wits. Photo: Luke Matthews

The rain and wet weather conditions also made for a challenging game as the forwards were constantly put to the test.

The Wits side suffered another setback when lock Rinus Botha was sent to the sin bin for stepping on another player’s head.

In the second half the boys in blue  had an abysmal start when the NMMU side extending their lead to 13-8.

But not all faith was lost. During the final ten minutes of the game Wits pushed back with a try from Brent Crossley. This was however, too little too late when the Madibaz scrumhalf, Enrico Acker secured the victory for NMMU with a final try leaving Wits defeated at 18-12.

Although Wits has taken a few knocks in this seasons Varsity Cup, the close score against NMMU shows some improvement.