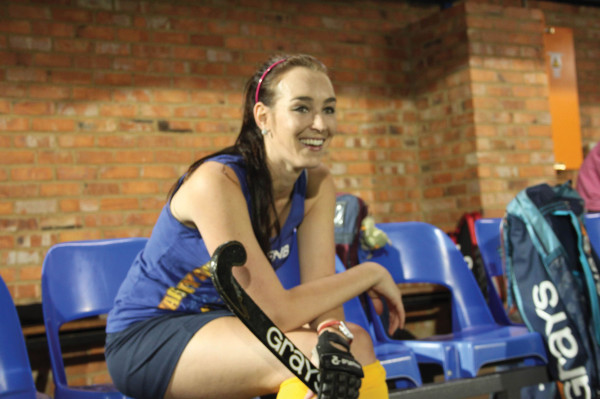 ALL ROUNDER: Kirsten Morley-Jepson- sports star and doctor in the making poses with her hockey kit during practice. Photo: Luca Kotton

As Wits Hockey player of the year for 2013 and the longest-serving player on the team, Kirsten Morley-Jepson finds time to juggle practice and her degree in medicine. The 24-year old is in her sixth year studying a Bachelor of Medicine and Surgery (MBBCH) degree and is looking to specialise in general medicine.

Why did you decide to play hockey?
I think I’d be miserable if I didn’t play hockey and I only studied medicine. It is a good social sport, particularly at Wits. It sets us apart from other varsities.

What do you do in your extra time?
I like to go on Nike runs and spend time with my friends. I go out to Great Dane and Greenside. I also work at the pathology lab, Gritzman and Thatcher.

What is the most rewarding thing about playing hockey?
I like the game and the Wits coaches are very cool. I played for four years for Southern Gauteng provincial hockey Ladies B team and our team at Wits is always improving. We have had a 20% influx of girls participating at trials this year. Also Wits has invested a lot of money into the sports department and now we have better facilities.

What makes the hockey club different from other clubs at Wits?
The club has a good social atmosphere. We are very proud of our social events.
What is the most challenging part of the sport? The sport doesn’t get as much attention as other sports. Women’s hockey isnt as televised as other sports. We need more people to be aware of our matches.

What is your advice to first year students who want to play hockey?
I would say don’t miss out on the Wits hockey experience because it’s been the highlight of my student years.