BMI not a one size fits all calculation 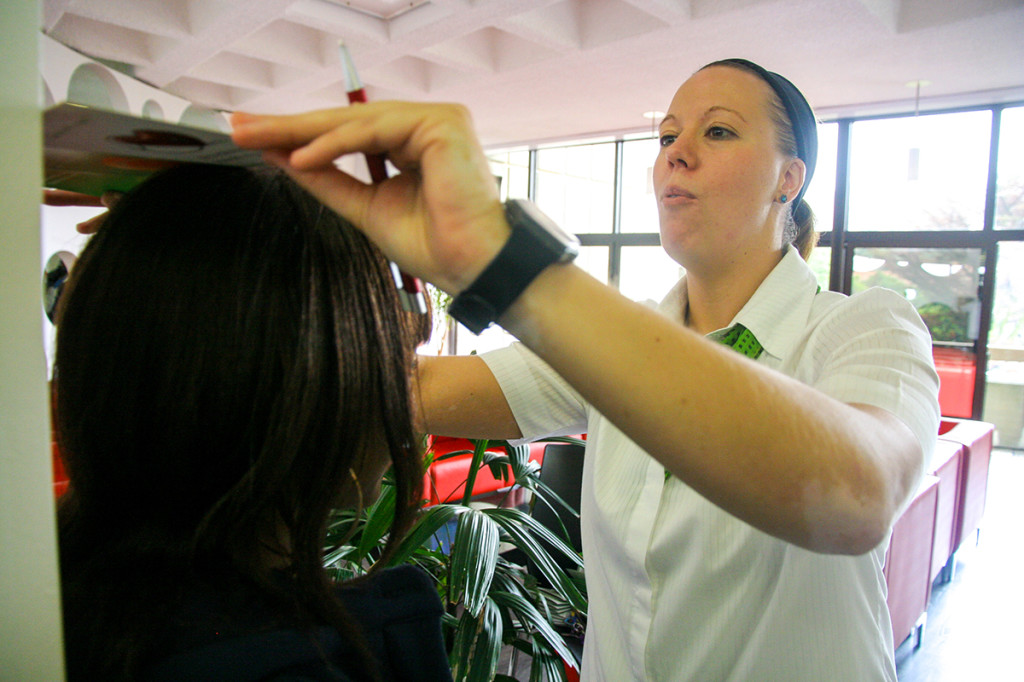 by Pheladi Sethusa and Nqobile Dludla

A Body Mass Index (BMI) drive by RoyalMnandi was launched on Monday in an effort to raise awareness among students.

“BMI is basically the ratio that you use, if you’re a certain height you should ideally be a certain weight,” said dietician Neroshnee Govender.

The testing left Witsie Sannie Baloyi smiling at the paper holding his results.

He said learning a BMI could be “traumatic”. Though Baloyi was happy with his results he said would still try to improve his lifestyle.

“It’s [BMI] somewhere along the lines of being accurate but it traumatizes people. Now I’m going to try eating healthy food and I’m going to start exercising.”

While students were queuing, waiting to be measured and weighed, Zazele Mabaso expressed a different opinion as he dodged the weigh-in.

“It’s a waste of time really. What do I gain from knowing my BMI?” Mabaso asked.

[pullquote]BMI “doesn’t look deeper” because it doesn’t give an accurate reading of muscle mass and body fat.[/pullquote]

For example, a rugby player who weighs 100 kilograms and measures 1.8 metres tall has a BMI score of 30.9, which would fall on the obese side of the BMI scale.

The calculation fails to factor in muscle weight, which is much heavier than fat, so people who are fit and muscular are not catered for in the calculation. “The body mass index becomes worthless when it is used on a general population,” said sport science lecturer Marc Booysen.

He suggested making use of other measurements like hip to waist ratio, in conjunction with a body fat caliber to measure such a diverse population.

He added that BMI “doesn’t look deeper” because it doesn’t give an accurate reading of muscle mass and body fat. Given the example of the “obese” rugby player, he said it would be more accurate to measure body fat in that situation with caliphers.

In a case where the population group being measured is fairly similar, like a soccer or rugby team, the BMI could then be useful because those people have a fairly homogenous BMI score said Booysen.