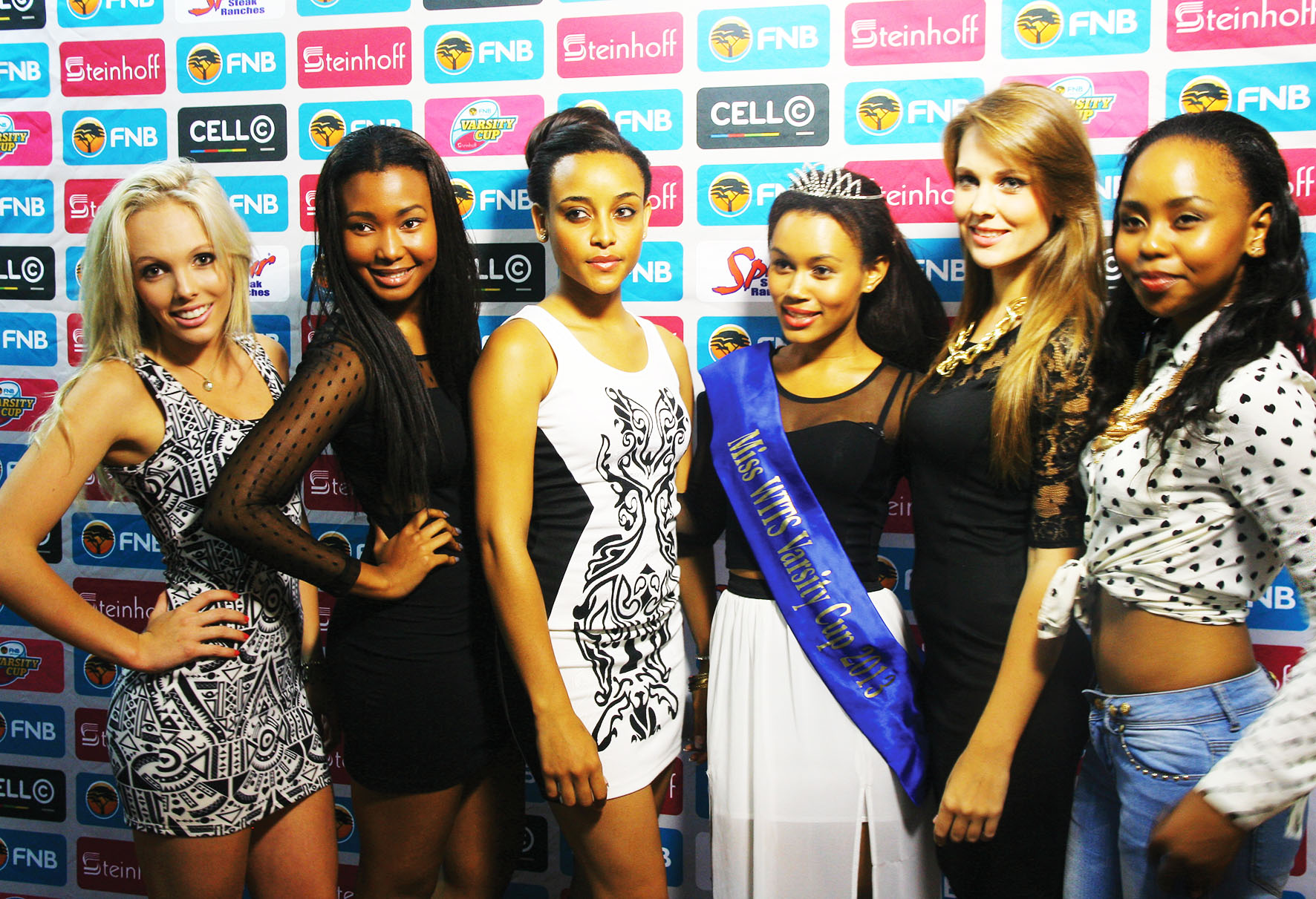 REIGNING BEAUTIES: The Miss Wits Varsity Cup 2014 Top five finalists were announced at the Nelson Mandela Municipal University (NMMU) and Witsies rugby game Monday evening.
Joining them, dressed in her Wits 2013 sash, was Sasha Lee Olivier, the previous winner of Miss Wits Varsity Cup.
The top five beauty queens were Callie Shepherd, Nqobile Mahlambi, Lizar Madhomu, Jessica Tovey and Nthabiseng Makgabo. The ladies braved the rain and mud when they strutted in their heels onto the field during half time.
The five lucky ladies who were chosen will be continuing to compete for Miss Wits Varsity Cup. The winner will represent Wits against other universities when she goes into the running of being crowned Miss Varsity Cup 2014, later in the year. Photo: Luke Matthews.