No change in change rooms for parking officers 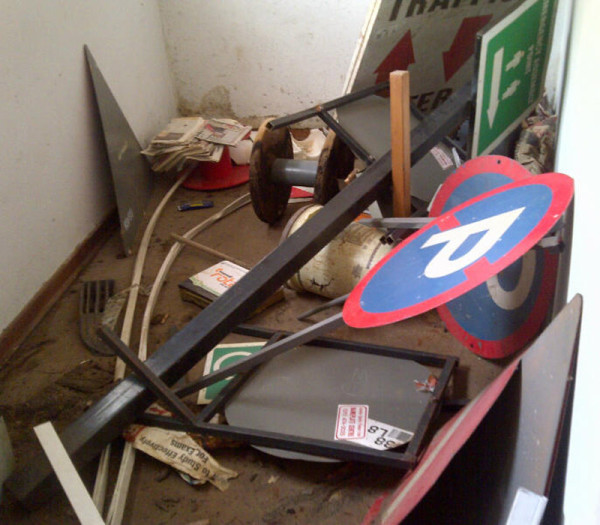 The bad conditions in the parking officers’ change rooms has been left unattended for a long time. Photo: Anazi Zote

Parking officers at Wits University have complained about the condition of their change room facilities since the renovation of Origins Centre. They were moved out on a temporary basis while the building was under construction but were promised they would return.

They have been filing several requests and suggestions for buildings they could occupy whilst they wait for their new change rooms but these suggestions have been ignored. Parking officers are starting to lose patience after receiving endless promises from the Property and Infrastructure Management Division (PIMD) on West Campus.

Other structures within Campus Control, such as security guards have received response to their request for new change room facilities. No one has been able to explain why the security guards are prioritised instead of the parking officers.

[pullquote]“The building is caving in and water is seeping through it. Sihlala nama kati apha (We sit with wild cats here)” [/pullquote]

There is no electricity, the toilet facilities do not work as there is no running water and the drains are blocked. “This is not justice, we can’t change and drink our tea in these conditions,” a parking officer said. Inside the building there are parking signs stacked on the damp carpet and in the corner of rooms.

“The building is caving in and water is seeping through it. Sihlala nama kati apha (We sit with wild cats here),” another parking officer said.

Several requests have been sent to the deputy director of PIMD, Rias Adams, but have been not been attended to.

Adams acknowledged that he received these requests and said the parking officers would be located given rooms in the new science building which is currently being built on West Campus. This building is due for completion by the end of this year.

While this renovation continues parking officers are left with no option but to stay in the building. Adams said, “The university struggles with space and priority is given to education requests.”

He also told Wits Vuvuzela  there are structures in place and if the parking officers had any complaints they would have to direct them to the head of Campus Control, Robert Kemp. He said the requests he received from the parking office were sent to the director of campus development and planning, Emannuel Prinsloo. Prinsloo was unable to comment on the matter.

Robert Kemp, the head of campus control, says the change room facilities for parking officers was going to be allocated near the new Maths building but this was allocated to contractors instead.

While renovations of the science block are taking place, he said, “going forward we look at temporary space near the squash courts on West Campus.”

In the long-term he hopes to secure adequate space through the space allocation office.