OPINION: Why I stopped being a dangerous driver 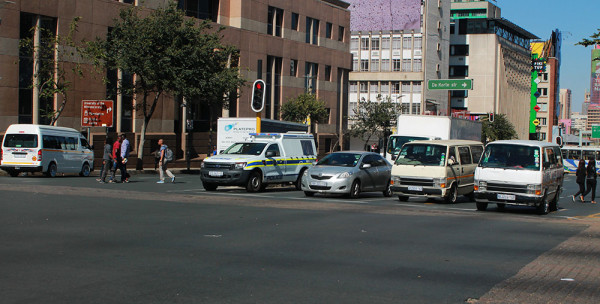 DON’T BE A DANGEROUS DRIVER: As a driver, you are not only responsible for your life; but for the lives of those around you too. Photo: Tracey Ruff

Crossing over barrier lines. Not stopping at traffic lights or stop streets. Doing 180 kilometres per hour in a 120 kilometre zone. We all know this driver and he’s (or she’s, for gender equality) the dangerous one.

I’ll be the first to admit it (with much shame): I’m a dangerous driver.

For the first time since I was a scared and nervous first-time-teenage-driver shaking behind the steering wheel, I didn’t try and race the clock to see how quickly I could get home after a late-night at university this last Thursday.

Why? Because I’d had a huge wake-up call earlier that day.

I was leaving Wits via the Enoch Sontonga gate and saw the traffic light turn amber. I was already in such a panicked state because I was running behind time for a group project. In a desperate attempt to make up for lost time, I thought I was Fernando Alonso in a Ferrari and I put foot to try and get through the traffic light before it was red.

“I can be rather reckless at times on the road”

I was so focused on saving time and making the amber traffic light that I didn’t see the car that came flying through the intersection until we missed hitting each other by hair’s breath.

Thankfully, nothing happened to either of us or our cars, but (although it is such a cliché) what a lesson I have learned from this incident.

I was pretty shaken up and when I finally got home later that night, I was extremely grateful for being safe and alive. It could have easily been a serious accident. I was plagued by guilt afterwards. I was in such a hurry, selfishly worrying about my life and meeting deadlines. I could have been the cause of something serious. I don’t know who the driver of that car is. I don’t know the driver’s story or if there was perhaps even a child in the car at the time. Worst is, I will never get to meet that driver and apologise for my mistake.

I can be rather reckless at times on the road. I am perpetually stressed-out, super busy and always on the go, which oftentimes leads me to driving faster (and more dangerously) than I should to make meetings, deadlines and lectures.

As students (young and full of spirit and adventure), I often fear that we make the mistake of feeling invincible. I don’t believe that we take driving that seriously anymore.

We don’t realise just HOW easy it is to have an accident and just HOW drastic the repercussions of an accident may be. Driving home after a “few” drinks, constantly texting and driving to keep up with our demanding social lives, not stopping at that stop sign because there’s seemingly no one coming – we’ve heard it (and done it) all before.

As a born and bred Jo’burg lass, I like to consider myself as a “traffic-avoider connoisseur” of sorts. I weave in and out, speed up and slow down, fight with countless cars, push my luck at traffic lights and send the occasional text when I’m “mindlessly bored” in traffic.

[pullquote]As of this very moment, I am taking a pledge to become a better driver.[/pullquote]

As of this very moment, I am taking a pledge to become a better driver. Not just for my sake, but for the sake of all those on the road around me. Every time we mindlessly step into our vehicles, we become responsible for a life – be it ours or that of another.

There have been plenty times when I’ve crossed “inconvenient” barrier lines and raced to gym to make that 17.30 spinning class. But at what cost?

Those “inconvenient” barrier lines and “annoying red traffic lights” are there to help us, guide us and ultimately protect us. Being on the road is risky business. That’s why there are rules in place. And these rules are actually quite simple when you think about them.

Every time you get behind the wheel, you have the power to decide, consciously, how you’re going to drive. No appointment, no deadline, no lecture and no status update or Instagram is more important than your life.

Drive for your safety and for the safety of others around you.

Be the difference on our scary South African roads.