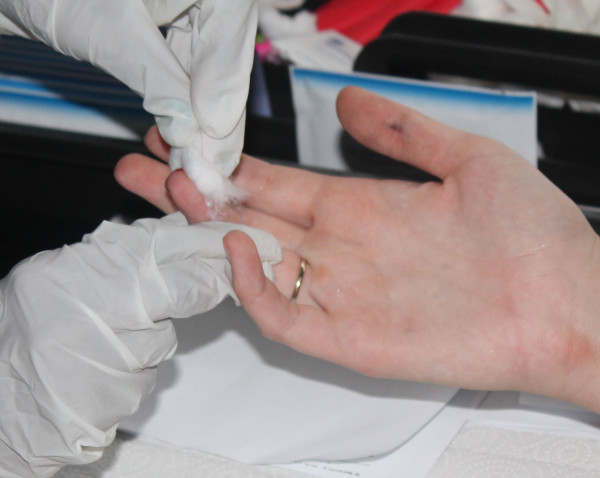 FOLLOWING PROTOCOL IS IMPORTANT: A Wits student gets her blood tested for HIV at a testing campaign on Wits Education Campus earlier this year. Photo: Tracey Ruff

From lost blood test results to a lack of guidance about antiretroviral treatment (ARVs), the protocol after exposure to a potential HIV (human immunodeficiency virus) threat is both frustrating and time-consuming for some students.

Students at the Wits Faculty of Health Sciences are required to follow a strict protocol when accessing ARVs after an exposure to the virus in the course of their practical work.

“[Students] have to come to Campus Health for reporting purposes,”  explained Sister Yvonne Matimba of Campus Health. While students can access an ARV starter pack immediately after an exposure from the hospital in which they are working, further treatment can only be accessed through Campus Health located in the Matrix building on main campus.

The alternative is to pay for the treatment through a private health care provider.

However, as Krystle Moodley, a Wits dentistry graduate currently completing her community service year in Mpumulanga, said, “It sucks [going to Campus Health] if you’re at med school because you have to go all the way to [main] campus. How does that make sense?”

Moodley has been on ARVs twice. Her first time was in fourth year after she pricked herself with a needle.

Once she had reported the incident to Campus Health, her bloods were taken immediately and she was put on a 28-day ARV treatment regime. She then had to go back for a six-week, and three-month, blood test.

After not receiving her results from her three-month blood test, Moodley phoned Campus Health and was informed her results had been lost. She then decided to go to a private doctor and had to pay about R150 to get her bloods done.

“No one [at Campus Health] bothered to tell me or bring me in to retake [my bloods].”

Counselling is also provided by Campus Health to the affected students.  However, according to Moodley, she feels that what she was told was information she had studied and already knew about. 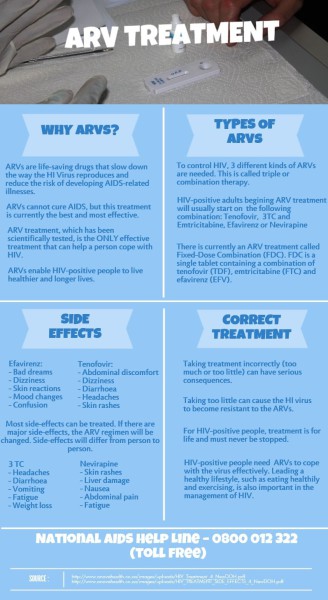 A sixth-year medical student who did not want to be named, who has been on ARVs twice, has also expressed difficulties with the Campus Health process. “In terms of waiting times, [Campus Health] was good, but the sister (who was a new employee at the time) couldn’t give me advice on whether or not to take the ARVs, she said.

She didn’t really know what the protocol was and just gave me the pills and told me I had to make the decision.”

However, according to Matimba, all staff at Campus Health are adequately trained to deal with the protocol.

A Wits postgraduate student, who also did not want to be identified, said dealing with Campus Health after she received a needle-stick injury was “a  pleasure.”

“The nurses are friendly and extremely professional. They help you every step of the way.”

In need of more guidance

Students who fail to follow the protocol strictly are exempt from making any insurance claims according to the Faculty of Health Sciences’ Student Protection and Insurance booklet.

The booklet directs students to contact any of a number of doctors and staff members if an exposure occurs. There are also two additional emergency numbers provided. Wits Vuvuzela tried to reach an adviser via one of the numbers provided but was told that the staff member in question had left a few years ago.

The sixth-year medical student feels that students need to be given a card with the relevant protocol information that they can carry with them at all times. She also believes students should be informed about the ARV protocol properly at the beginning of their studies.

“They (lectures and doctors) should sit you down and tell you what to do.”

A Wits occupational therapy graduate, who asked not to be named, has recently completed her ARV treatment for HIV exposure outside of Wits.

“I had problems with the workman compensation procedures … so I went about paying for everything and thought I could claim back but turned out I couldn’t,” explained the graduate.

Moodley, who is now working for a public hospital, has just completed her 28-day ARV treatment. Describing her experience with the ARV protocol in the hospital she said, “it was kind of haphazard and no one knew what to do.”