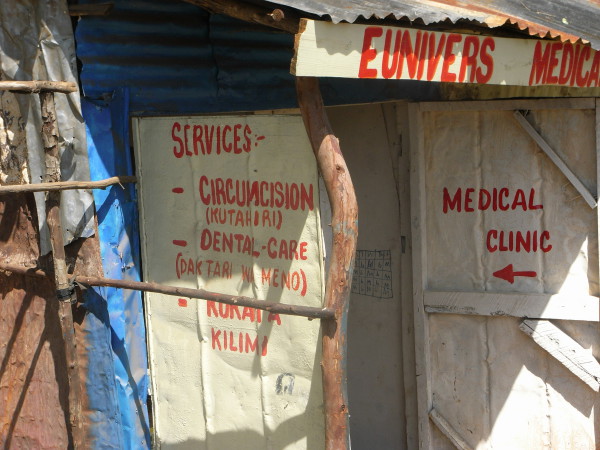 THE BIG SNIP: Botched circumcisions have resulted in injury even death. PHOTO: Schreibkraft

Manhood doesn’t only come with age according to some traditions in Africa but rather by undergoing a rite of passage where males are taught how to become ‘real men’.

According to some traditions, a boy enters initiation school to be taught endurance and the basic societal roles a man is to play. Part of these traditions include circumcision, the cutting off of the penis foreskin.

This practice is still common in South Africa especially in areas such as Eastern Cape, Mpumalanga and Limpopo. Globally, according to a study by World Health Organisation, about 30% of males are estimated to be circumcised.

Wits Vuvuzela spoke to a few men who had recently been circumcised at an initiation school. Getting details was difficult because the men said the process was “difficult to explain” to people who had not undergone initiation.

“They basically teach us how to become real men. Its nothing I could tell you because you would not understand,” said one man.

A VowFM DJ who had been initiated tried to explain the process to Wits Vuvuzela.  He said the reason behind the idea of initiation school stating that if one has gone to the bush, you can easily identify men who haven’t been there by their actions.

“We can tell [when another man hasn’t been initiated]. I can’t explain it to you but they teach us how to behave. Say for instance if there are a bunch of men working outside and another guy gets to that place. If he goes in and maybe sits down, that’s a sign,” the VOW FM DJ explained.

“When you’re a real man, you help other men if there is work to be done. Something like that,” he said.

In addition to becoming a man under traditional custom, there are medical benefits to circumcision if it is done correctly. According to Brothers For Life, an anti-HIV organisation, circumcision can reduce the risk of contracting HIV or developing penile cancer.

However, it is important that the process be done safely as botched circumcisions have resulted in injury, amputations and even death. The deputy minister of traditional affairs, Obed Bapela, announced that since the start of the winter initiation season, 23 initiates have died while another 104 were in hospital because of botched circumcisions.

Recently, the minister of health, Dr Aaron Motsoaledi, warned parents they must report illegal initiation schools and not allow fraudulent healers to harm their children with botched circumcisions.