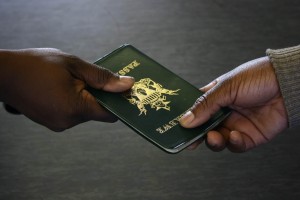 Zimbabweans citizens living and working in South Africa will be able to apply for a three-year visa extension between October and December this year. Photo: Wits Vuvuzela.

A three-year extension of temporary visas will prevent the mass expulsion of Zimbabwean workers from South Africa, according to an announcement made by Home Affairs Minister Malusi Gigaba, yesterday afternoon.

250 000 Zimbabweans who are living and working in South Africa, after fleeing the political crisis back home, were facing a forced move back home as their permits are due to start expiring at the end of this year. With no clear indication of whether or not the permits would be renewed, they faced the possibility of returning home with little to no prospect of employment, according to media reports.

The department has confirmed that Zimbabweans can remain in the country until 2017. South Africa has announced the creation of the new Zimbabwean Special Dispensation Permit (ZSP) of 2014 and invited all holders of the current permit to apply for the new visa from between the beginning of October and the end of December this year.

Gigaba said yesterday that South Africa recognises itself as “an integral part of the African continent and therefore understands its national interest” in being linked to the continent’s future stability and prosperity.

He noted that Zimbabweans have contributed to South Africa, in education and health sectors. “In general, we appreciate the contribution of the immigrants in our country in terms of enhancing our social, cultural and economic life,” he said.

The Visa & Permit Facilitation Centres will open four new offices in Gauteng, the Western Cape, Limpopo and Mpumalanga, where they expect large numbers of applicants.