Volleyball set for a bright future 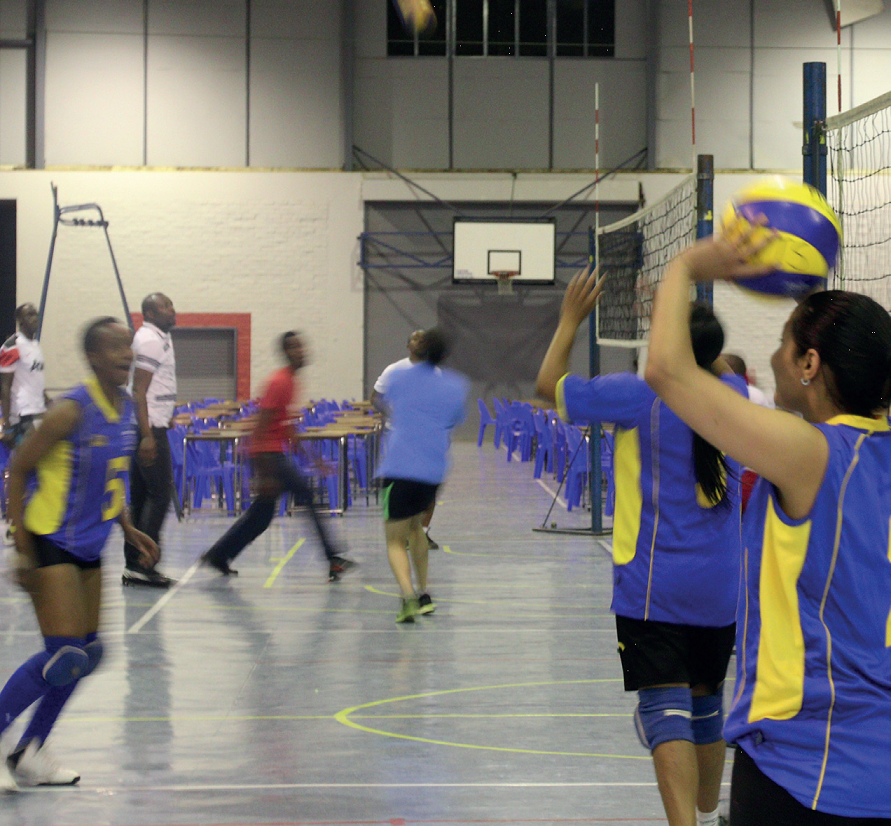 WITS VOLLEY: The Wits volleyball women’s team are aiming for the top three in
the Gauteng Volleyball league, with their next match this coming Saturday.
Photo: Roxanne Joseph

The Wits Volley ball women’s team is doing better than it has in the past five years, according to the captain, Sidhika Bharuth-Ram.

Their coach, George Fourie, a former player for South Africa, has turned the team around and has a knack for “developing people who don’t even know how to play the sport,” she said.

They are up against some tough competition but hope to make it to the top three in the Gauteng Volleyball league. Depending on the number of points they are awarded in the next few games, this Saturday and the following, they have a chance.

Bharuth-Ram said that in the University Sport of South Africa tournament, the team did really well. There was a lot of pressure on the team because Wits were the hosts. They had to practice and make sure everything was well organised, but they managed to make it to the top 10.

In the league, the team has “done really, really well” so far and are currently in the top three. Ever since the “The setter controls the game, where you want the ball to go and who you aim it at,” the team was moved from the lower premiums to the higher, they’ve faced “quite a bit of competition”, according to Thandeka Shabalala, the team’s newest player. They were doing well in the lowers and she is confident they will win this week’s match against KAD, a team from Johannesburg.

“The setter controls the game, where you want the ball to go and who you aim it at,”

Although volleyball is not a popular sport they have managed to attract some very promising players, according to Bharuth-Ram, “The dedication is amazing,” she told Wits Vuvuzela.

She completed her Honours in Accounting Science at Wits last year and has been playing for the team since 2010. She is the team’s setter, who is the “playmaker of the game”.

“The setter controls the game, where you want the ball to go and who you aim it at,” she said.

There are some first years on the team who only learnt about the game and began playing at the start of this year and have proven themselves as good, talented players. She describes the team as a “developing” one.

The team’s future looks “bright” but they face challenges including students who do not get bursaries and sometimes have to miss matches for work, especially on Saturday mornings.