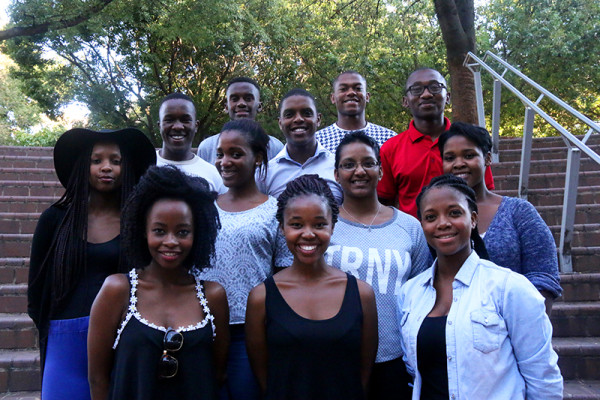 Sewela Makgolane who was in the ASC last year as the Social Development officer came out top as the ASC chair when her position was uncontested during the voting session.

Speaking to Wits Vuvuzela, Makgolane said she was excited when her name was called up as the 2015 ASC chair although she knows that she has “big shoes to fill”.

“I’m nervous I’m not going to lie. Last year’s council did a fantastic job. Compared to the previous council in 2013, we were more known. People got to know more about ASC but a lot of work still needs to be done. First time I’m in such a position, I’m excited I’m looking at what I can do with it and how far I can get,” said Makgolane.

According to Makgolane, one of the biggest issues her team will prioritize the most is the “well-being of accounting students”.
Through the Social Development office, the council managed to reach out to students through their “charity begins at home approach”, however Makgolane said even though the council reached out to students, they didn’t reach their target.

“Last year we didn’t know about processes and how to go about things, but now that I got to see that last year I’m coming in this year with a greater mind knowing where to go when people need help.”

“We have about 8000 students in the school and not even half of them voted. We need to work on that, not just for us but for next year’s council so that people take us seriously,” said Makgolane.

Outgoing ASC chair, Rodney Motjamela hopes that the incoming council “bridge the gap between issues we are facing that of finance, an office and being able to handle academic grievances.”, adding that “There’s immense room for improvement.”

“When I was in the council 2013 and 2014,the council was just a start up because during these two years we had to revive the council. This year what we wanted to do was to make sure that there is student governance in the school of accounting and that the ASC is recognized. We think we’ve done that.

So our vision was just to make sure that our presence is felt in the school and re-introduce student governance in the school of accounting,” said Motjamela.

According to Motjamela, the council still struggles to make some of their projects materialize due to insufficient funds and the council doesn’t have an office where students can easily access them.
With the establishment of the Accounting Student Club, the council hopes to raise funds through the club.