Ernest men reject the idea of the name change 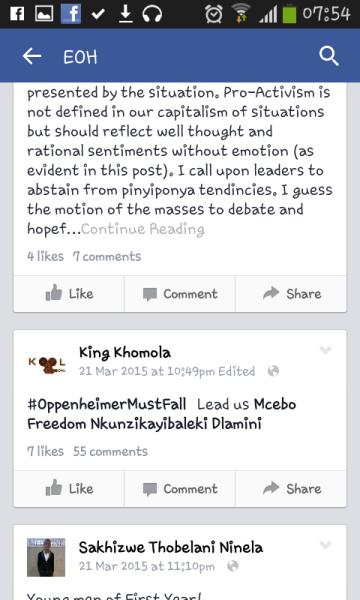 OppenHeimerMustFall: The screengrab from Facebook of a post where a former house member tagged Wits SRC President, Mcebo Dlamini.

The hashtag #OppenHeimerMustFall was plastered all over  on the EOH (Ernest Oppenheimer House) Facebook page over the past weekend. The debate intensified when various house members and former house members began calling for a name-change of the residence.

But not all members’ of the EOH residence felt the same way,  Thulani Ndlovu a member of the house commented “just because UCT has raised issues with the statue of one Cecil Rhodes then EOH must fall???” on the Facebook page

The Chairperson Nkosinathi Nhlanganiso Maluleke, rejected the idea,  “You cry cadre Khomola” referring to the former house member that raised the question “we are not changing our name”, he said.

Unlike other Universities, such as Rhodes and University of Cape Town (UCT), Wits student leaders have not voiced any questions or made any public statement on their stand on the removal of colonial legacies, such as the Statue of Rhodes and names that are associated with it. 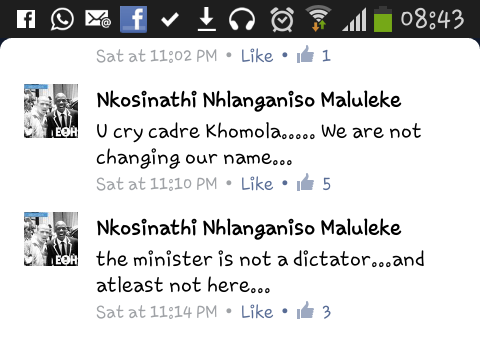