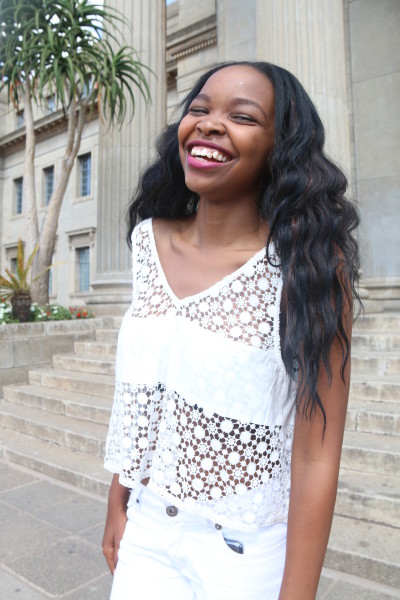 Atlegang Pooe is a 20 year old, who has been selected as one of the Semi-Finalists for Miss Commonwealth South Africa. When she isn’t attending her Media studies classes or discussing International Relations, she is busy doing charity related work for fun.

What is Miss Commonwealth?

Why Miss Common wealth and not Miss South Africa?

Miss South Africa has been in my future plans, but I’ve decided to start with Miss Commonwealth-South Africa, because it offers elements that go beyond beauty, such as charity work.  I’ve always been a huge fan of charity work.

What charity work are you involved in?

As part of my journey to Miss Commonwealth, I’ve worked with Pink Drive which is a cancer association. We go around different places where women aren’t able to get mammograms and provide the service and tests, this is to create awareness about cancer and say that this is real, it exists. But besides this, I’ve worked at done orphanages such as Thulani Bantwana and The Love of Christ Children’s Home (TLC).

Which part of charity are you most passionate about?

Well, I’m more interested in dealing with young women, as we’ve seen with the current state and events that are happening in Africa and the world in general, young girls are often targets of violence. And I believe in equipping and grooming women to be confident and self-sufficient, if Iyou can be able to equip a young woman with confidence you’ve already taken the first step towards equipping them to be better.

How important is it to bridge the gap between Beauty and Brain?

I don’t even think women should be separated between the two, every woman is beautiful and we all can offer different brains to different situations.