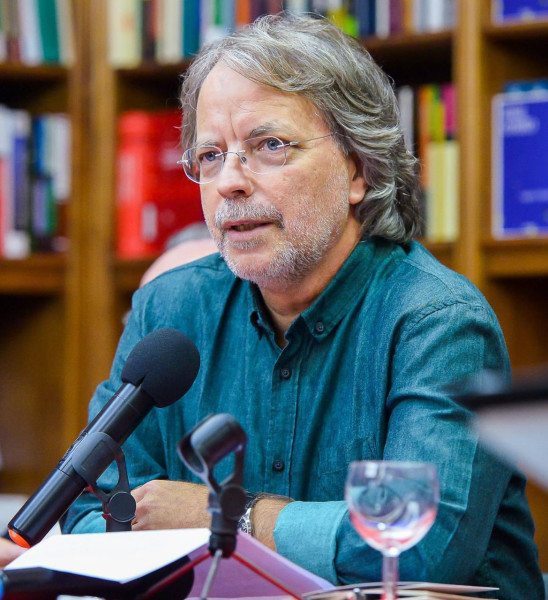 What motivated you to write an open letter to Jacob Zuma?

It was the news that arrived from our Mozambican compatriots who were subjected to the persecutions in Durban and in other cities. I, my brothers and my family had, in that week, created a cultural foundation. And we thought that we couldn’t stay indifferent to what was happening.

As a Mozambican and a writer, what do you think should/can be done in order to remedy the situation?

I think that it does not only depend on the actions of government. That action is decisive and above all, governments can’t find scapegoats as an excuse for not taking on their responsibilities towards those who are the poorest, from one side or the other side of the border. But other things also need to be done.

South Africans have a stereotypical image of Mozambicans. They are simply “work force”. They aren’t people who produce thought, sentiments and art. That would be the responsibility of Mozambique: to make known the richness of culture and diversity of Mozambicans. So that the South Africans can know them better. We can only like what we know. And even while we are neighbours, we still don’t know a lot about each other.

In your letter you mention that feelings of solidarity and the remembrance of a shared history should be recreated. Why and how do you think this should be done?

After my letter had been published I found out that among the youth that commented with me about this issue, many were completely unaware of how much Mozambique supported, with much sacrifice, the fight against apartheid. It’s sad how history is lost so quickly. The past to stay alive needs to be recreated.

What do you think of Zuma’s response to your open letter?

It was a surprise. I never imagined that a president would respond to a simple writer be him foreigner or national. I am sure that he wasn’t exactly talking to me. But he wanted to speak to others and explain the internal reasons that create xenophobic feelings. Over this part of the letter I would prefer not to comment.

Do you think enough has been done by the South African government to prevent the persecutions of Mozambicans?

Like I said in the letter, our view in Mozambique is that what was done was little and late. Also, I think that those who encourage these phenomenons of violence can’t be left unpunished.

Do you think that the long term and short term measures that Zuma mentioned on implementing in his letter will help to resolve the issues that triggered the attacks?

There is no country in the world where the large social crisis don’t search for a culprit that is always the “other”, being that other from another religion, race or nationality.
What governments should do is to work so as to protect all citizens that live legally in their country, so that they live without fear and with the right to have hope and belief in their future.