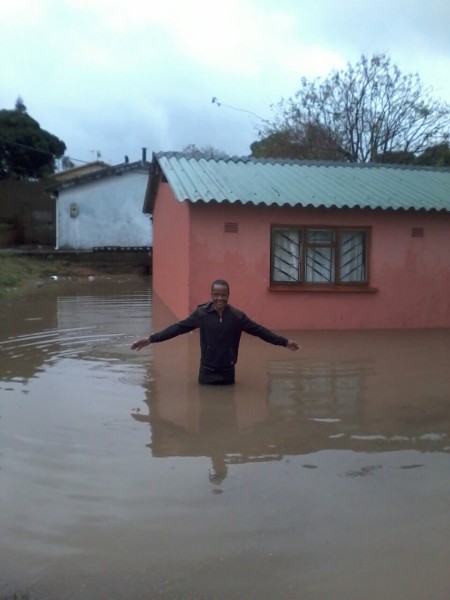 One of the houses affected by the heavy rain that hit KwaMakhutha last night.

A heavy rain have left KwaMakhutha houses filled with water last night due to an unfixed pipe by the municipality. The problem started in 2006 when the municipality had to rebuild water drains to accommodate new RDP houses. According to residents, the Ethekwini Municipality said there is no money to fix the pipe. Bongiwe Cele who is a resident in ward 94 said they can’t sleep when it rains because they have to wait for the rain to stop so that they can take water out. “We have children who can even drown in the house. If there was a way to fix pipes by ourselves we would but we can’t” she said. Residents say the pipe drain problem started in 2006 but now it’s getting worse. Nokwanda Mnganga who is also a resident said: “for some of the houses it’s very bad, they need to take the water out as it rains, whether it is at night or not, otherwise their furniture and houses would be damaged”.  The ward councillor was phoned several times but not picking up his phone.