Studying from the streets of Jozi

Johannesburg took root in a gold rush and many glittering opportunities – real or imagined – remain in its bustling streets. Going home a failure is not an option – you have to make it.

The ideal Johannesburg is appealing but the reality of life in the city is not always what it is made out to be. For 38-year-old Zakhele Ndlela* living on the streets while studying part-time at Wits is his reality. 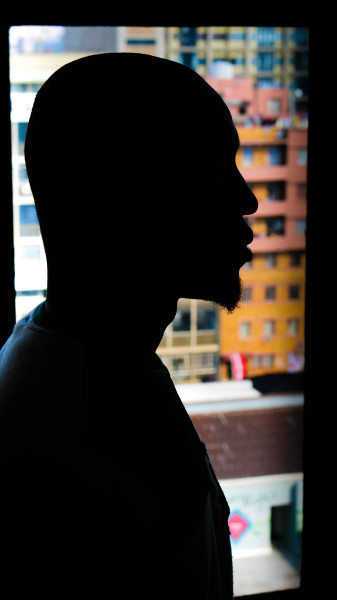 MAKING A NEW LIFE: Making it in Joburg isn’t easy but being homeless doesn’t mean giving up on your dreams. Photo: Samantha Camara

Ndlela left his hometown in KwaMashu, KwaZulu-Natal for Johannesburg in 2006. After a year of film school he ventured out with some partners and set up a business. Two business attempts and failures later Ndlela decided to go “solo”, starting his own media company in 2010 while renting a flat in Jeppestown.

“The flats are not looked after, they are very dirty, [and] sometimes there is no electricity,” Ndlela said. After six months of people complaining, Ndlela realised the building had been hijacked and they were paying the wrong person. “Most of the people that own these things have guns, if you don’t pay you go out. Sometimes people are scared of them, you don’t have support,” Ndlela said.

Eventually, the owner of the building returned in 2011 and used Red Ant Security and Eviction services, often called “The Red Ants” because of the red overalls and helmets they wear, to evict everybody in the building. Ndlela lost everything he owned when he was evicted from his flat. He only had the clothes he was wearing.

“And worse, that day, the rain came … there is nothing that you can take there. You just have to go somewhere and hustle,” said Ndlela.

Ndlela then went to stay in Park Station where he slept outside for 18 months before moving to a Johannesburg street where he still is today.

According to Ndlela, people on the street stay there because “it is cheaper than paying rent”.

Park Station has facilities where people can pay R10 and bath before going about their daily routine. “Up until you feel you have made enough money then you can start looking for your own place but then most people, they haven’t,” Ndlela said.

Shelters are tough too

Many people on the street choose to stay there instead of going to shelters because shelters are over-crowded, strict and have a lot of crime.

“You can’t go to a place where they steal your stuff,” he said.

“It’s about protecting me, I protect myself, [and] I don’t want people to know me or know about me. This is what I do here. It’s my hustle and I need to do my hustling until I’m ok, that’s how things are outside there,” Ndlela said.

The building that Ndlela was evicted from has now been revamped and became part of the popular Maboneng District in the city.

Despite his current circumstances, Ndlela continues to work and run his media company, which runs two websites. He uses free Wi-Fi around the city to run his company while writing episodes for TV programme Isibaya and studying journalism part time at Wits.

*Name has been changed at his request.