Movie Review: DiCaprio back with a vengeance 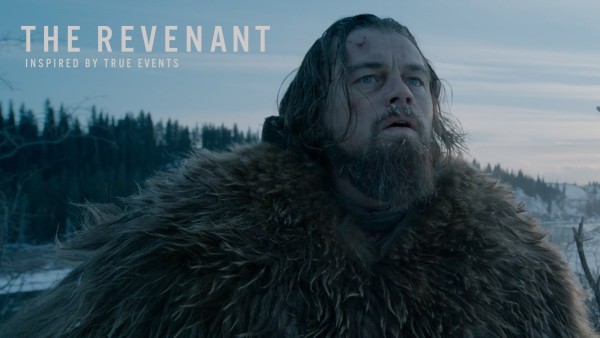 The Revenantis set in 1823 and based on the embellished true story of the legendary trapper Hugh Glass, played by Oscar-nominated Leonardo DiCaprio, who embarks on a military-backed fur-trapping expedition led by Andrew Henry, played by Domhnall Gleeson across the American Midwest. After coming under attack by Arikara Native Americans the remaining hunters, led by Glass, set a new course to reach the safety of their base camp. Along the journey Glass faces many unimaginable struggles brought on by the harsh environment in which the 19th century frontiersmen found themselves, including enduring a savage attack from a bear.  After being left for dead by trapper John Fitzgerald, played by Tom Hardy, and naive Jim Bridger, portrayed by Will Poulter, Glass is driven by family and revenge on a torturous journey through the icy, mountainous terrain of the Midwest in search of retribution.

The actor’s performances on a whole are understated and realistic owing to the cast and crew enduring the harsh conditions and rigours filming in Canada, Montana and Argentina. There is some satisfaction in knowing that when the characters look like they are freezing, the actors themselves are actually freezing out in the snow instead of pretending to shiver in front of a green screen. In one instance the warm breadth of the actor speaking actually fogs up the camera bringing the audience into the icy setting with the actors.

With all the Oscar buzz surrounding DiCaprio for the film it’s no surprise that he delivers a excellent and raw performance of a man so driven by vengeance that he plows on through all that nature can throw at him including a vicious bear attack, bone-chilly temperatures, being pursued by Native Americans and all the rest that comes with living out in the wilderness of the frontier. This comes despite having dialogue that consists of mainly groans of pain and raspy words spoken through a torn and bloody throat. His impressive performance makes one wonder if DiCaprio has come back with his own vengeance to win an Oscar for his portrayal of Glass.

Where DiCaprio’s performance elevates the film, Hardy’s portrayal of the villainous Fitzgerald doesn’t quite live up to the same high standard. His dialogue is often mumbled beneath his shabby beard and accent that bring back memories of his portrayal of Bane in the Dark Knight Rises. The character however just doesn’t seem to have enough motivation for his villainous actions and rather speaks more of a callous, egocentric hunter concerned with his own survival.

The narrative of the film is simplistic and lacks a philosophical or deeper meaning with their being not much more to the character of Glass than his will to survive driven by revenge. This is despite his pain-induced hallucinations and dreams of his family.

But what the Revenant lacks in narrative it defiantly makes up for in the form of visceral landscapes and innovative cinematography.  The filming transports the audience to the wintery mountains amid vicious battle with arrows flying through the air and horses racing in the snow. The imagery of the wintery landscapes is helped by only shooting the film in natural light and gives a realistic and desolate palette to the brutal elements.

The long tracking shots in the film mirror the technique used by director Alejandro González Iñárritu in his previous film Birdman. These long unbroken shots help to heighten the pace of the action scenes particularly the bear attack and the opening scene where the audience glides through the chaos following men killing, dying, running, mounting horses and continues through the attack in a seamless single shot. These scenes have been impressively choreographed and speak not only to the skill of the film makers but also the actors. The realistic graphics in the bear attack scene are also spectacular and leave the audience feeling stunned.

The film as a whole has a silent eloquence interjected with electrifying visuals that brings the audience into the narrative. This survival/revenge story sees a man face up against death and all that nature has to offer, pull himself across mountains, snow and through a river for his family. The powerful acting along with the raw cinematic brilliance makes a film not to be missed and a tough contender for the coveted gold statue.