The six Sailing Ladies, a team of sailing women from the Wits Yacht Club (WYC) are challenging gender roles in a male-dominated world, with a campaign to enter their team into the famous Cape to Rio Cross-Atlantic race. 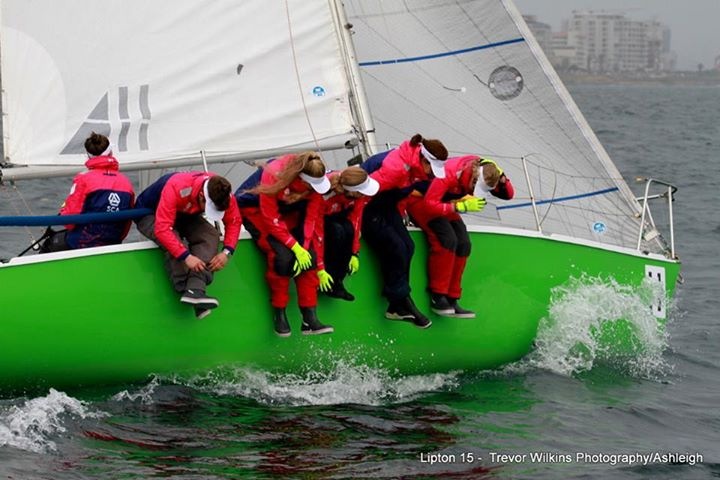 The Six Sailing Ladies team participating in last year’s Lipton Cup race. This year they are hoping to place in the top five. Photo: supplied

The team began as an offshoot from the WYC with the intention of promoting female involvement in the local sailing community. WYC commodore and Six Sailing Ladies member Alison Bradfield, 2nd year Physio, told Vuvuzela that the team began in 2015 over a few beers. “A friend and I were chatting about how great it would be to have an all-girls team one evening. Two weeks later, Gina [a past WYC commodore] phoned me and told me that we were going sailing,” said Bradfield.

Just over a year later, the group has grown to a position of influence within the Wits sailing community as they coach and train with the WYC’s weekly Learn to Sail programme.
Bradfield heads up the predominantly female 2016 committee for WYC, “When it was time to elect the new committee, it was clear that between us girls, we were ready to take Wits Yacht Club to new heights.”
She said the girls have taken the initiative in the club at the moment but Bradfield said the club’s male members will also manage to enter a team into the year’s upcoming races.
Previous female commodore and Wits alumnus Gina Gibson is helping the Six Sailing Ladies with their public relations as they began a campaign in last month to raise R1-million to fund their gear purchases, race entrance and boat charter fees.
The team will be training on the water every weekend, supplemented by two gym sessions a week leading up to the Lipton Cup in July.
“This year, we’re aiming high and hoping to place [in the] top five in the Lipton Cup Challenge,” said Bradfield. “I see women taking sailing by storm and becoming strong competitors nationally and internationally.”
In the meantime, Bradfield says the WYC’s clubhouse nights are having great turnouts with the large amount of girls now enrolled, and happily notes that the funds raised from alcohol sales go straight to the WYC.