A potential anti-rape device may soon be in production in South Africa.

The developers of a new anti-rape device are hoping to raise enough capital through a crowdfunding initiative to produce their invention.  The team behind the “The Guardian” hope to raise about R250 000 which will fund the initial production of the device.

“The idea behind The Guardian is a safety device that acts as a quick response trigger that you wear on your wrist,” said Rowan Spazzoli (23), a Masters student at the University of Cape Town (UCT) and the strategy and communications manager of AllSafe, the company behind the device. The need for an anti-rape device has come in light of recent high profile cases particularly in Newlands, Tokai, Khayelitsha and Rhodes Memorial, Spazzoli added. 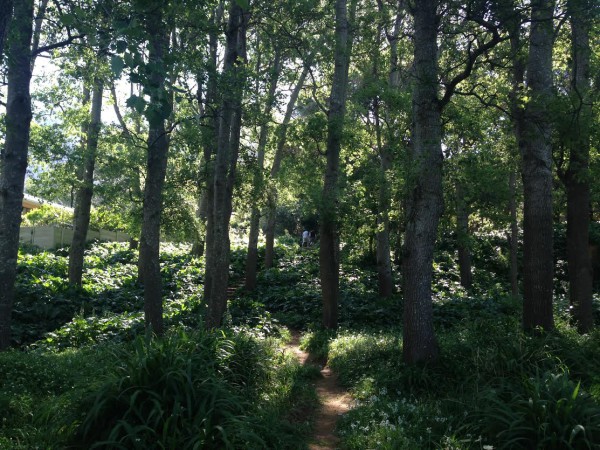 STAYING SAFE: Newlands Forest is a well-frequented place and also the location where a 28-year-old woman recently got raped for hours two weeks ago. Photo: Courtesy Rowan Spazzoli.

Once activated by the person wearing the device, it sends an alert and GPS coordinates via Bluetooth to anyone, including security companies, who have access to the AllSafe app on their smartphone and who is within a 5km radius of the possible victim.

“We are trying to prevent the rape before it happens,” said Spazzoli.

The AllSafe team, which is made up of Spazzoli and two other members Louis Buys (23) and Tsakane Ngoepe (22), plan to spend the money raised purely on the prototyping and production of the device.

A free and inclusive product

Currently, the wristband is estimated to cost R600 once produced. “We want to subsidise costs in low-income areas and give them out for free eventually. This is not meant to be a high margin product, it is supposed to be inclusive and available to any South African,” Spazzoli said.