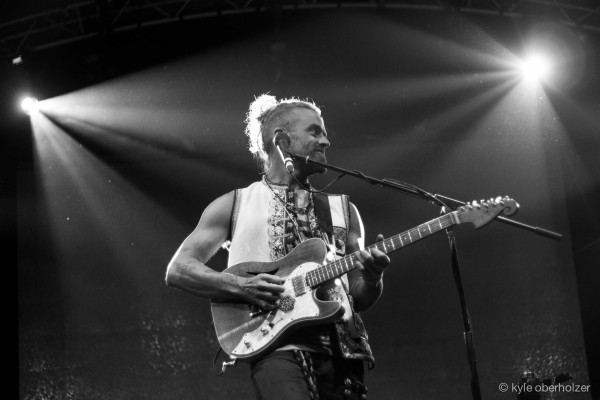 Lush festival hosted a variety of local and international artist, including the well known Xavier Rudd from Australia who played to a full crowd. Photo: Kyle Oberholzer.

South Africa’s latest music festival hosted close to 5000 visitors in its debut run this past weekend. The Lush Music Festival, held in Clarens in the Free State, still took about 6 months to organise despite its comparatively low music festival numbers (festivals such as Oppikoppi and Rocking the Daisies can host up to 30 000 attendees). “The idea came about, I think, October last year but the real grafting started in January,” says Klaas van der Walt, organiser of the festival.

Van der Walt told Wits Vuvuzela that it took about 6 months to get the municipality and the community on board and that an effort was made to include the local community, “security staff, cleaning staff, a whole bunch of staff were locally sourced”, said Van der Walt.

Despite the organisation required, Van der Walt’s full-time team remains small with 6 people officially working on the festival, but that number increases drastically during the event, “then you get to numbers of like 150 to 200 odd people”.

“The biggest challenge was the camping situation, we underestimated it a little bit,” Van der Walt admits. However, before the 2nd day’s arrivals new camping grounds had already been laid out, with additional toilets provided.

“That’s actually the key,  getting competent guys who can make a plan on the spot,” said Van der Walt, who emphasised the importance of problem solving.

Despite the challenges, the festival secured an impressive local and international line-up and tickets were sold out. “I’m actually so grateful because every artist had a crowd,” said Van der Walt.

“It’s been a lot of no sleep and long hours, but you kind of get through it with adrenaline.”

Lush festival has plans to run over the next five years over the Easter weekend.