CONFIRMED: Maths whizz has no superpowers

Wits Vuvuzela spoke to the man of the moment, maths whizz Dario Trinchero, about things other than maths.

He’s been acknowledged as the student with the top maths mark in the world but Dario Trinchero, 17, is relieved that his friends and family are not constantly asking him to tally up the bills at the dinner table or calculate everything in sight.

The student from Sommerset College in the Western Cape received 100% for mathematics in the International Cambridge AS level examination. Speaking to Wits Vuvuzela, Trinchero clarified that the he studies under the Cambridge curriculum instead of the South African IEB (Independent Examinations Board), system. He also said that he did not “win a competition”, as has been widely reported. Instead, Trinchero says he wrote a standardised examination taken by thousands of students across the world. He also holds the top chemistry mark in country for the examinations that took place last year. 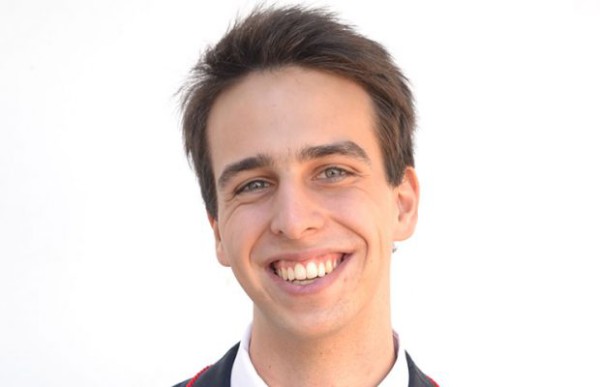 And surprisingly Trinchero reads books other than maths texts and his favourite is The Hobbit. Trinchero is not sure if his achievements has made him a hit with the ladies as he is in a steady relationship with his girlfriend of 3 years, “she’s been very inspiring,” he says.

Asked about his future plans, Trinchero has a ready answer as it is the question put to him most often. He says that he has always wanted to learn as much as possible at school in order to become the best theoretical physicist that one can be (like what Sheldon is on Big Bang Theory!). He admits to spending a large portion of his time studying because he is passionate about his academic work.

Trinchero also enjoys playing chess and debating in his spare time. He says he is glad that people have taken note of his achievement “as any aspiring academic would be,” he says.

And while Trinchero is happy about the support and encouragement that he has received from his family and school, he appreciates that “they still treat me the same,” he says.